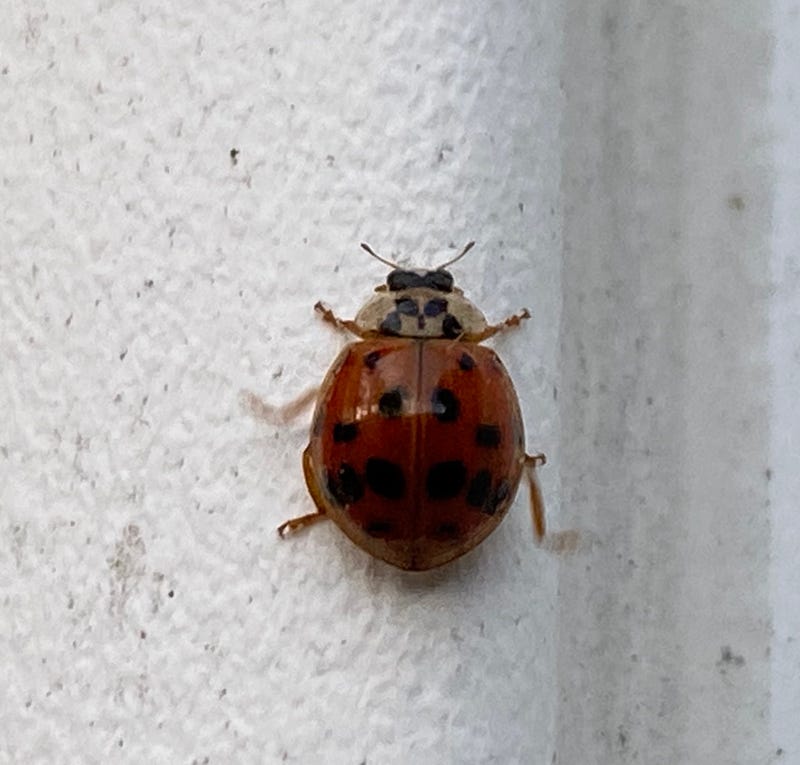 CHICAGO (WBBM NEWSRADIO) — Ladybugs are native here. They are good for your garden and are generally the saints of the bug world.

What you probably saw on your sunny back deck this week were not native ladybugs but Asian lady beetles. They are non-natives and not that saintly.

“They are sort of injurious to the native ladybird beetles, which is not so good,” said Margaret Thayer, curator emerita at Chicago’s Field Museum.

“They sometimes bite people, too. Basically just landing on you and going, ‘Munch!’ with a little pinch. And that’s all it is. They’re not actually trying to eat you. I’m not sure if that’s a defensive thing or if they’re testing to see if you might be a nice, succulent piece of fruit,” Thayer said, laughing.