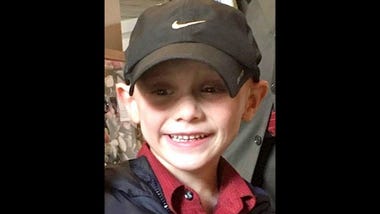 Andrew Freund, the father of the 5-year-old Crystal Lake boy who was buried in a shallow grave, was sentenced to 30 years in prison on Friday.

Freund, 61, pleaded guilty to involuntary manslaughter, among other charges.

The disappearance of his son, AJ, last year drew national attention, but authorities quickly determined the abused child's parents were responsible for his death.

JoAnn Cunningham, the boy's mother, recently was sentenced to 35 years in prison after she pleaded guilty to first-degree murder.

As part of his plea deal, Freund must submit to “behavioral interviews for research purposes” with the FBI, and he is required to cooperate with the investigation into state child-welfare workers who are now criminally charged.