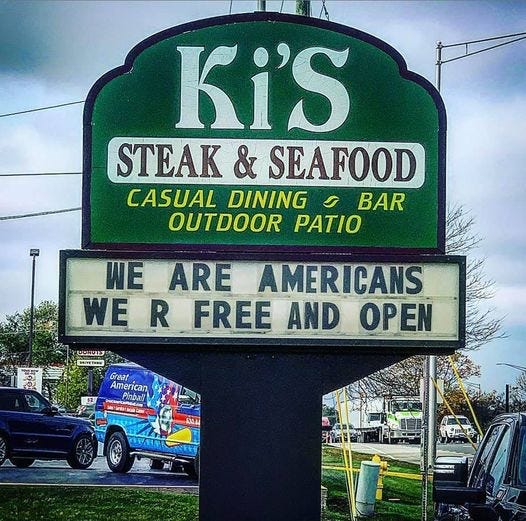 CHICAGO (WBBM NEWSRADIO) -- Restaurant owners in DuPage and Will counties say they’re standing up for their rights as they stay open for indoor dining despite Gov. JB Pritzker’s latest COVID-19 restrictions on them.

"Closing indoors is not an option for us," said Annette Rizza, co-owner of JBD White Horse Inn in New Lenox.

Rizza said she employs more than 40 people, most of them single moms and dads.

"The word fighting and defying come up all the time like we’re bad people doing something wrong. We’re not," she said.

Spiro Roumpas owns Ki’s Steak and Seafood in Glendale Heights and said Pritzker is just picking on the little guy. Roumpas said on the Facebook page of his Glendale Heights restaurant that Pritzker is being "a dictator" in ordering a stop to dine-in service because of high COVID numbers.

Still, the owner of Ki’s Steak and Seafood said he’s not in a fight with the governor, but thinks Pritzker is picking on small businesses.

"That’s very, in my eyes, un-American, unconstitutional and unfair," he said. 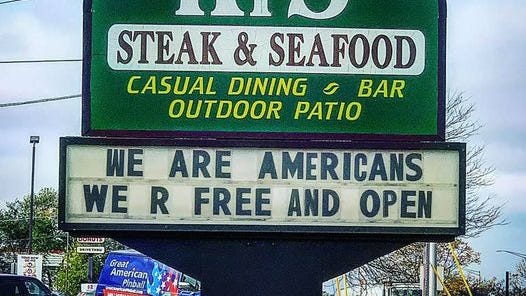 Both Roumpas and Rizza said they've been inundated with well-wishes by phone, in-person and on social media.

"It’s been overwhelming and really heartwarming. The support has been just, some of the people have almost brought tears to my eyes," Roumpas said.

As for those who are critical of the restaurant owners' decisions to continue dine-in service, Roumpas and Rizza said they respect people's opinions; Rizza adding that, "If you happen to not like what we’re doing, then you don’t have to come. No one’s forcing you to come."

Both restaurant owners said they employe about 40 people each. Roumpas has about 40 tables for indoor dining at Ki's Steak and Seafood, while Rizza has nine tables in all for her JBD White Horse Inn.