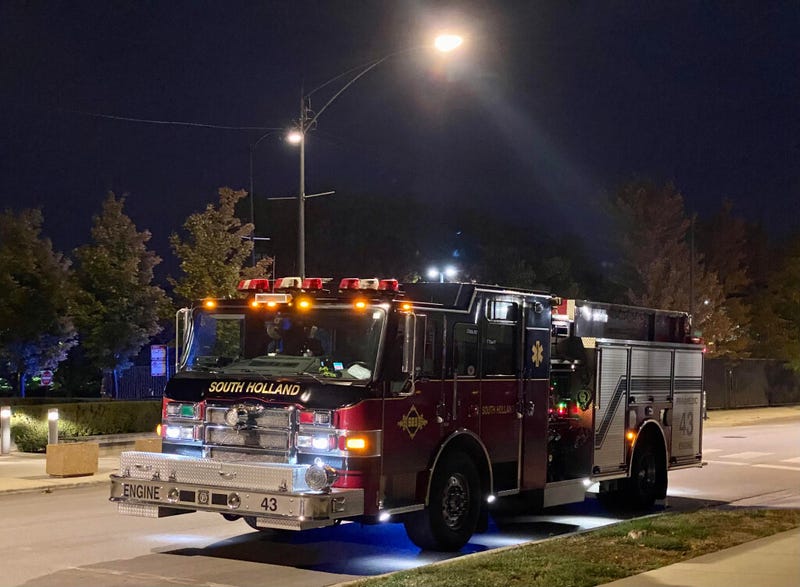 A procession of South Holland fire engines could be seen early Thursday at the medical examiner’s office on the Near West Side. Photo credit Jermaine Nolan/Sun-Times
By Mike Krauser

South Holland firefighters were doing the training in a Haigh Quarry in Kankakee County when something went wrong.

The firefighter, 29-year-old Dylan Cunningham, of Thornton, was taken to Northwestern Memorial Hospital and died at 10:40 p.m., according to the Cook County medical examiner’s office.

“In the days ahead we will be doing everything we can to support the Cunningham family,” Wynsma said in a statement. “We ask that you keep Dylan’s family and loved ones in your thoughts and prayers.”

South Holland and Kankakee County officials did not immediately provide additional information about the circumstances surrounding the incident. An autopsy is scheduled to determine the cause of death, the Sun-Times reported.

“We know you have many questions, and so do we,” Wynsma said. “Our efforts will bring conclusions that we will share with you in the coming days.”

Cunningham was a part-time firefighter at the department since 2011, and began serving full time in 2018, Wynsma said. He also served in the Illinois National Guard since 2012.