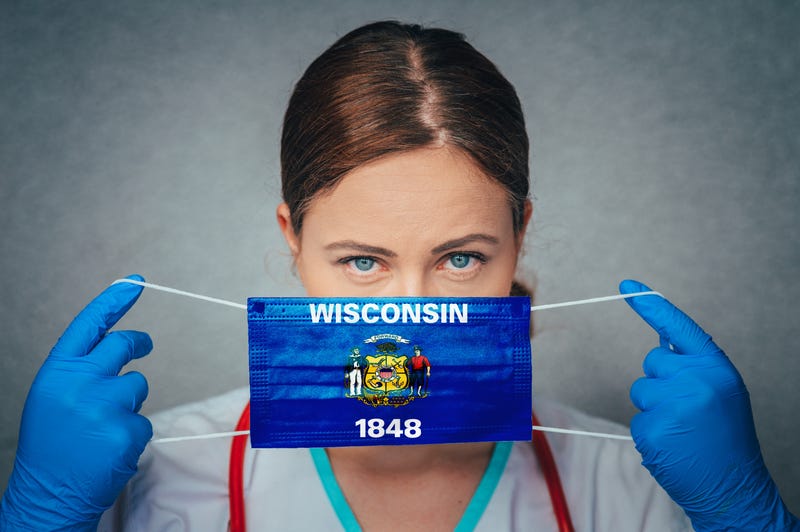 MILWAUKEE (AP) — Wisconsin set a new record for COVID-19 deaths on Wednesday and the surge in cases in the state threatened to overwhelm some hospitals.

Health officials reported 27 new deaths, breaking the state’s old record of 22 deaths set on May 27. The disease has killed or played a role in the death of 1,327 people in the state since the pandemic began.

Health officials reported 2,319 newly confirmed cases, bringing the total number of cases in Wisconsin to 122,274 since the pandemic began.

Wisconsin had the third-highest positivity rate of any state as of Wednesday. Hospital officials in some areas said they were close to being overwhelmed by COVID-19 patients — a scenario that health officials have been warning could happen since the pandemic began but that only now seems like it could happen.

The number of people hospitalized in Wisconsin reached a record-high of 737 on Wednesday, according to state health officials and the Wisconsin Hospital Association. Case spikes in northern and northeastern Wisconsin were causing many of the hospitalizations, the Milwaukee Journal Sentinel reported.

Officials at ThedaCare in the Fox Valley said they had exceeded capacity in the COVID-19 unit at their Appleton medical center and had started sending patients to Neenah and hospitals in Berlin, Shawano and Waupaca.

“If it’s growing the way that it has for the past week or so, we’re going to be in a dire situation in two, three, four weeks,” said Michael Hooker, vice president and chief medical officer for acute care at ThedaCare. “Yes, we saw this coming, but didn’t expect it to be quite so rapid.”

Matthew Heywood, president and CEO of Aspirus HealthCare in Wausau, said that hospital has started putting patients on waiting lists, with wait times ranging from several hours to a full day. The system had 61 patients Tuesday who had or were believed to have COVID-19, which was a 30% increase from Monday, when it had 47.

“The problem is, how do we care for you when you have an accident when we have an overflow of COVID patients?” Heywood said. “There’s only so much you can do before you start to overwhelm the system.”

Officials at Bellin Hospital in Green Bay said their facility was at 94% capacity on Tuesday, with 31 patients being treated for COVID-19, up from 26 last Friday. CEO Chris Woleske said the hospital hopes to convert part of its campus into another space for beds and is teaching nonclinical workers, such as athletic trainers, how to deliver supplies and move patients so that nurses can focus on duties only they can perform.

State Health Services Secretary Andrea Palm and Dr. Ryan Westergaard, Wisconsin’s chief medical officer, said Tuesday that they hadn’t received any reports of patients being turned away from hospitals or not getting care. They said if cases don’t subside, patients could be directed to a 530-bed field hospital that the U.S. Army Corps of Engineers built on the state fairgrounds in West Allis in April.