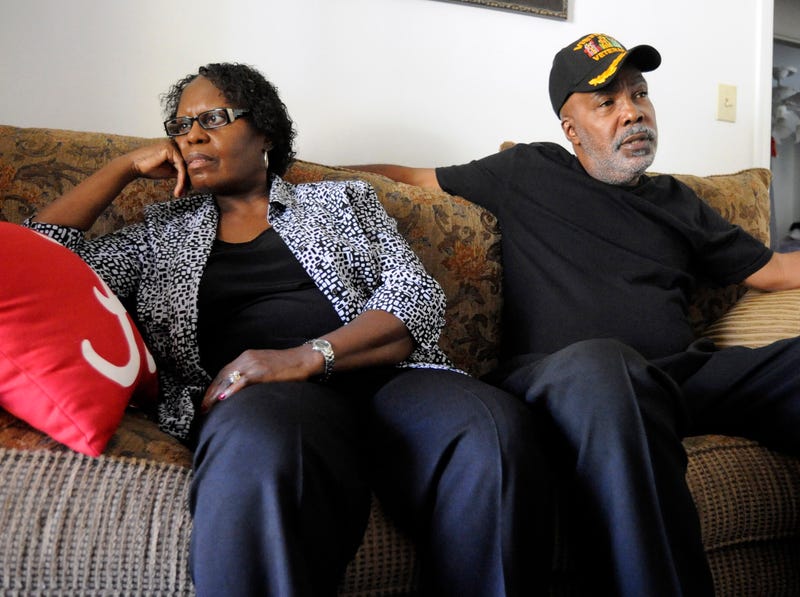 More than a dozen sticks of dynamite planted by Ku Klux Klansmen exploded at a Birmingham church in 1963, killing four Black girls.

The “fifth little girl,” Sarah Collins Rudolph, survived but still has shards of glass in her body from the blast that took her sister, her right eye and her dreams of becoming a nurse. Rudolph, 69, is now seeking an apology from the state and compensation for what she says has been a lifetime of trauma.

A law firm working for free on Rudolph’s behalf sent a letter to Alabama Gov. Kay Ivey arguing that the words of state leaders, including Gov. George Wallace, at the time encouraged the racial violence that led to one of the most infamous acts of the civil rights era. Attorney Ishan K. Bhabha said Rudolph's story “cries out for justice.”

“Her life was put on a fundamentally different track in an instant as a little girl,” said Bhabha.

The state has yet to respond to Rudolph.

The five girls were gathered in a downstairs washroom at Birmingham's 16th Street Baptist Church on the morning of Sept. 15, 1963, when a timed bomb planted by KKK members went off outside under a set of stairs. The blast killed Denise McNair, 11, and three 14-year-olds: Carole Robertson, Cynthia Wesley, and Addie Mae Collins, who was Rudolph’s sister.

Rudolph recalled that she and her sister had gone to the washroom to freshen up after walking to church. The other girls came in after their Sunday school class finished.

Denise asked Addie to tie the sash on her dress, Rudolph recalled.

“When Addie reached out to tie it, that’s when I heard this sound, boom, the bomb went off,” Rudolph recalled.

She started calling for her sister. “Addie, Addie.”

The bombing followed months of racial unrest in the state. Birmingham's public schools were going through racial desegregation at the time, and Wallace had vowed “segregation forever” at his first inauguration earlier that year, urging whites to “send a message to Washington.”

Rudolph's attorneys contend the bombing amounted to state-incited violence, arguing it was inspired and motivated by Wallace’s racist rhetoric.

“While the State of Alabama did not place the bomb next to the church, its Governor and other leaders at the time played an undisputed role in encouraging its citizens to engage in racial violence, including the violence that stole the lives of four little girls, and irreparably injured a fifth, the morning of September 15, 1963,” her attorneys wrote in the letter to Ivey on the eve of the 57th anniversary of the bombing.

Gina Maiola, a spokeswoman for Ivey, said that Rudolph's request is being reviewed. It came about after a then-partner in the law firm of Jenner & Block saw Rudolph speak in South Carolina. Touched by her story, he asked the firm to help her without charge.

Moments after the explosion, a deacon found Rudolph still standing in the rubble; she may have been saved because she was a little further away from the bomb, by a sink. She was taken to a hospital where her mother later told her that her sister and the other girls had died.

What followed was a lifetime dealing with the physical and mental pain from the bombing. Rudolph lost her right eye and a shard of glass remains in her left eye. Even today she jumps at loud noises, including thunder. Her home just outside Birmingham is filled with photos of the sister she lost.

Despite her injuries, Rudolph provided testimony that helped lead to the convictions of the men accused of planting the bomb. A series of trials that began in 1977 resulted in three Ku Klux Klansmen being convicted of murder in the bombing; all died in prison; a suspected accomplice died without ever being charged.

After the bombing, Rudolph for years lived anonymously. She said she didn’t start telling her story until 2000 at age 48. She has been encouraged by her husband, George Rudolph, who started a Facebook page on her behalf.

“I wanted her story to be told, to be heard,” George Rudolph said.