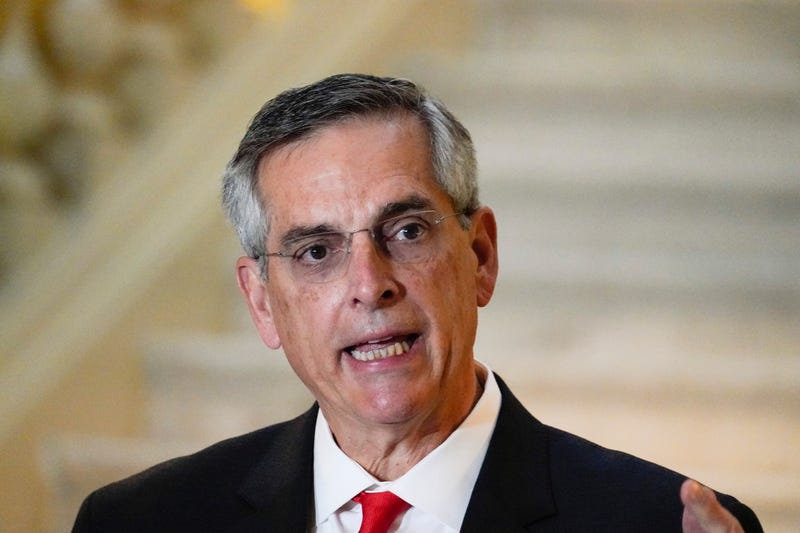 ATLANTA (AP) — Georgia's top elections official announced investigations Monday into potential violations of election law even as he defended the integrity of the state's election against what he's said are baseless attacks.

Secretary of State Brad Raffensperger has repeatedly said there’s no evidence of systemic problems and said during a news conference at the state Capitol that his office investigates any credible claims of illegal voting and election law violations.

More than 250 cases are under investigation, but nothing so far seems likely to change the outcome of the election, Gabriel Sterling, a top official in Raffensperger's office, said during the news conference.

Raffensperger said there have been attempts to register ineligible people to vote ahead of a high-profile Jan. 5 runoff election for Georgia's two U.S. Senate seats. He said his office's 23 investigators also are looking into allegations of absentee ballot problems, as well as claims of people voting twice, people casting a dead person's ballot and non-residents voting.

But Raffensperger also punched back — as he has repeatedly since the Nov. 3 general election — at allegations online and in lawsuits that the state's election was marred by widespread fraud. President Donald Trump, who narrowly lost to Democrat Joe Biden in Georgia, is among those criticizing the state's handling of the election.

“There are those who are exploiting the emotions of many Trump supporters with fantastic claims, half-truths, misinformation and, frankly, they’re misleading the president as well, apparently,” Raffensperger said.

America Votes sent absentee ballot applications to people at addresses where they haven't lived in more than 25 years, while Vote Forward tried to register a dead Alabama woman to vote in Georgia and the New Georgia Project sent registration applications to New York City, he said.

A spokesperson for America Votes said in an email that the group aims to make sure every voice is heard.

“America Votes has mailed registered voters in Georgia applications to safely and securely vote by mail in the January runoffs. These mailings were sent to the list of registered voters maintained by the Secretary of State," Sahil Mehrotra wrote.

“The letters our volunteers are mailing in advance of the January 5th special election are being sent only to Georgia addresses, not to any other state These letters do not include registration applications and do not directly register anyone to vote," the statement said.

The New Georgia Project called the allegations “tired and false.”

“As Georgians are turning out in record numbers to have their voices heard at the polls, the Secretary of State is resorting to desperate attempts to smear law-abiding organizations and scare eligible Georgians from registering to vote in critical upcoming elections. We will not be deterred,” executive director Nse Ufot said in an emailed statement.

Raffensperger also said Operation New Voter Registration Georgia is telling college students they can register to vote in Georgia for the runoff and then change back to another state afterwards. An email sent to the group bounced back, saying the account doesn't exist.

County election workers around the state are currently doing a recount of the presidential race requested by the Trump campaign, and Raffensperger said he expects them to finish by the Wednesday night deadline. Under state law, a trailing candidate can request a recount when the margin is less than 0.5%. Certified results showed Biden beating Trump by 12,670 votes, or 0.25%.

Also Monday, a lawyer for Trump sent a letter to Raffensperger requesting an audit of signatures on absentee ballot applications and envelopes in the November election. It was the fifth time the campaign has made a similar request.

Trump also tweeted Monday that Gov. Brian Kemp should use emergency powers to “overrule his obstinate Secretary of State, and do a match of signatures on envelopes.”

State law prohibits the governor from interfering in elections, but Kemp will "encourage the Secretary of State to take reasonable steps — including a sample audit of signatures — to restore trust and address serious issues that have been raised,” Kemp spokesman Cody Hall said.

Signatures on absentee ballot envelopes must be verified against signatures on file when they’re received. Sterling has said there's no specific evidence the signature match process was done improperly.