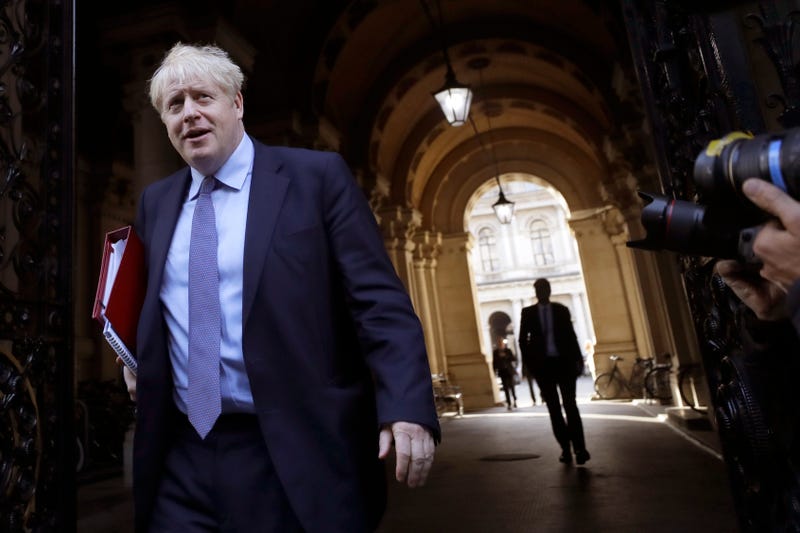 LONDON (AP) — The British government appeared poised Tuesday to impose strict coronavirus restrictions on England's second-largest city after talks with officials in Greater Manchester failed to reach an agreement on the new measures.

Prime Minister Boris Johnson, who is struggling to impose his plan for localized restrictions on restive regions, spoke by phone to Greater Manchester Mayor Andy Burnham on Tuesday afternoon, after a noon deadline imposed by the government expired. Burnham has been seeking more financial support for workers and businesses affected by the restrictions in his region of almost 3 million people.

Communities Secretary Robert Jenrick said that “discussions have concluded without an agreement.”

“I’m disappointed that despite recognising the gravity of the situation, the Mayor of Greater Manchester has been unwilling to take the action that is required to get the spread of the virus under control in Greater Manchester and reach an agreement with the government,” Jenrick tweeted.

The prime minister is expected to give an update on coronavirus restrictions later at a news conference.

Johnson’s government is resisting a recommendation from its scientific advisers to have a short “circuit-breaker” lockdown to curb the spread of coronavirus. Instead it has adopted a three-tier system for England, with areas classed as medium, high or very high virus risk. In the top tier, pubs have to close and people are barred from mixing with members of other households.

So far only the Liverpool and Lancashire regions of northwest England have been placed in Tier 3, the highest level.

Burnham, a member of the opposition Labour Party, accused the government of “trying to respond to a pandemic on the cheap.”

Burnham said if Johnson's Conservative government imposed the measures on the city, “we would obviously have to accept that decision."

"But I would say to them at this point, are they sure that that is a wise thing to do?” he told Sky News.

Authorities across the U.K. are imposing new restrictions on business and social interactions as COVID-19 infections rise throughout all age groups, filling hospital beds and intensive care wards. Britain has Europe's deadliest coronavirus outbreak, with more than 43,800 confirmed deaths.

Under the U.K.’s system of devolved government, the regional administrations in Northern Ireland, Scotland and Wales control health policy in their areas and the U.K. government makes the rules for England.

In Scotland, pubs and other leisure facilities are closed and sports and live events are banned in the biggest cities of Glasgow and Edinburgh, with slightly less stringent restrictions elsewhere.

Northern Ireland has closed schools for two weeks, banned most social gatherings and shut down many businesses including bars and restaurants for a month.

Wales has gone the furthest, announcing a two-week “firebreak” lockdown starting Friday that will close all non-essential businesses and ban most trips outside the home.

Welsh First Minister Mark Drakeford said he was opting for a short, sharp shock over a longer period of less stringent restrictions.

“The advice to us -- partly because of the impact on people’s mental health -- was that if you could keep this period of time as short as you could, that would help to mitigate that impact,” Drakeford told the BBC.

Follow all of AP’s pandemic coverage at http://apnews.com/VirusOutbreak and https://apnews.com/UnderstandingtheOutbreak