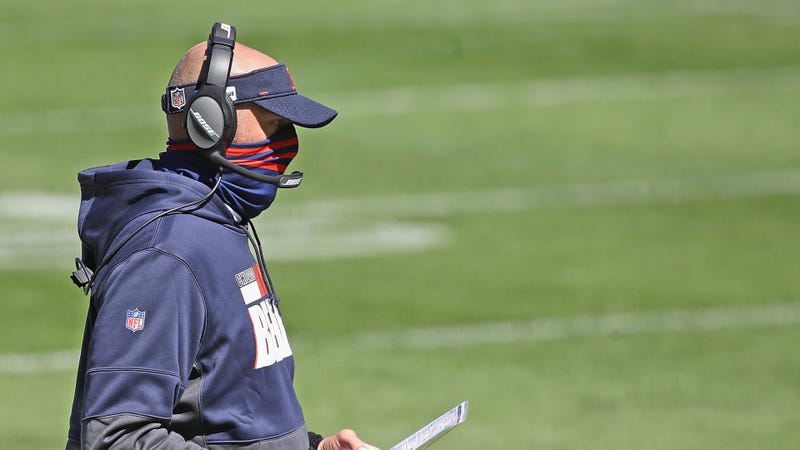 CHICAGO (WBBM NEWSRADIO/AP) — The Chicago Bears were happy with another close win, while the New York Giants have greater concerns than their 0-2 record: a potentially serious injury to star running back Saquon Barkley.

Mitchell Trubisky threw two touchdown passes and the Bears hung on to beat the Giants 17-13 on Sunday. 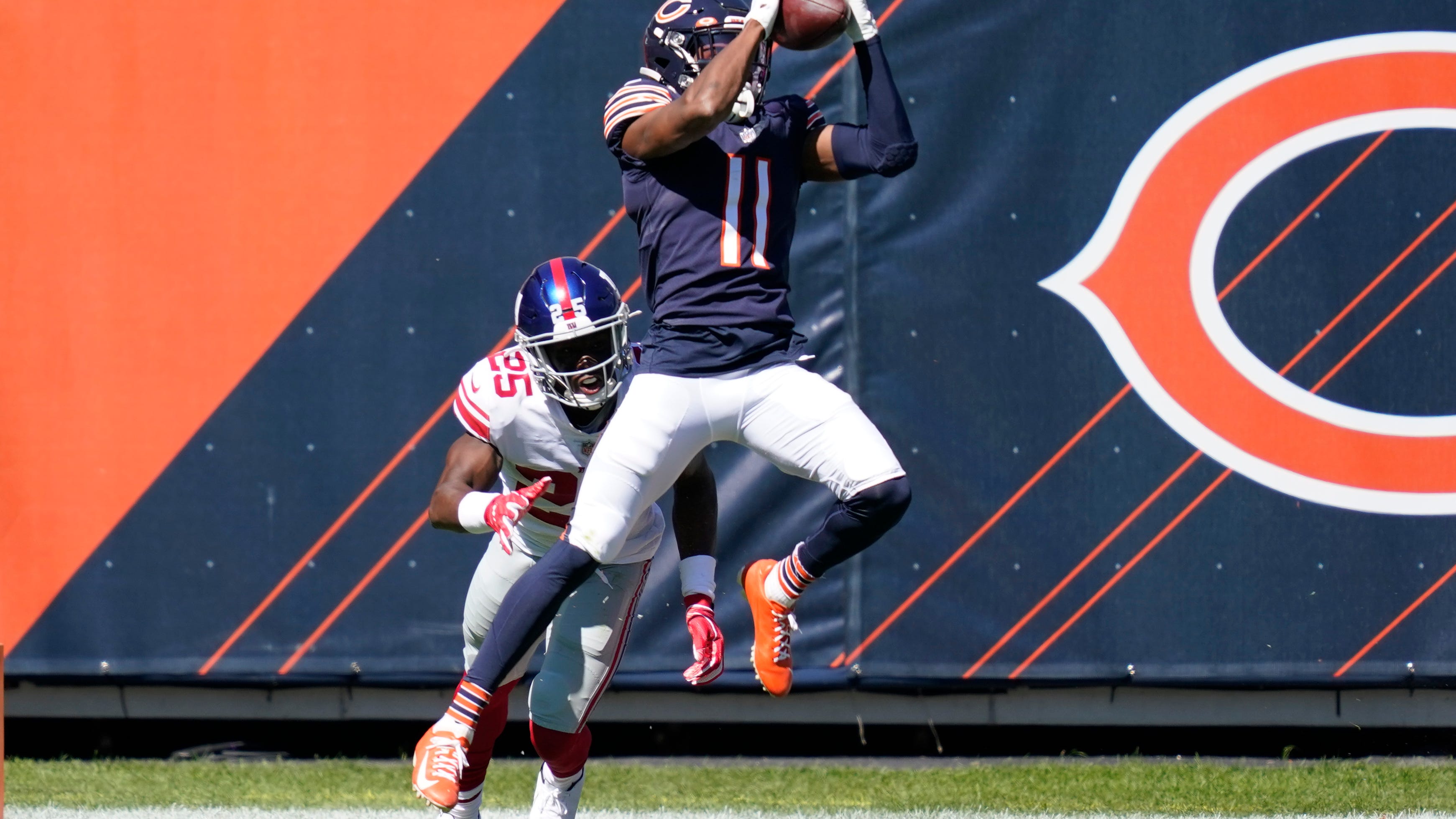 The Bears (2-0) chewed up New York early on, grabbing a 17-0 halftime lead, and withstood a big push a week after rallying from 17 down at Detroit for their first season-opening win in seven years.

“Like, 2-0 is not a bad situation,” defensive tackle Akiem Hicks said. “I don’t care how you get it. Two-and-oh is delicious. I’ll eat that every day of the week.”

The Giants (0-2) refused to go quietly even though they lost Barkley to a right knee injury on the opening play of the second quarter.

New York’s Dion Lewis made it a seven-point game when he plowed in from the 1 in the opening minute of the fourth.

James Bradberry then intercepted Trubisky when he ripped the ball out of Allen Robinson’s hands, leading to a 37-yard field goal by Graham Gano that cut it to 17-13 with 7:43 remaining.

The Bears caught a break on fourth down at the New York 36 with just under four minutes left. New York’s Blake Martinez deflected a pass intended for Jimmy Graham, and the ball ricocheted to tackle Bobby Massie for a first down. Cairo Santos missed wide left on a 50-yard field goal attempt, giving New York the ball on the 40 with 2:02 remaining.

The Giants drove to the 10 before Golden Tate got called for pushing off against Eddie Jackson near the goal line on an incomplete pass as time expired.

Liss: Pat Cassidy is with us too. We watched every second of yesterday - heart-thumping ending to what looked like what could have been a blow out in the making, so how are you feeling this morning waking up a winner again? And how did those last seconds of frantic game action feel from the sideline?

"S*** yeah, well number one it is always great to win in the NFL, it's not easy. 2-0 is awesome. The last two weeks having to come down to the last play of the game down there can definitely get your heart rate going a little bit, but we will learn off of the win. We will get better in different areas, but I am just proud of the team and the resiliency they showed," Nagy said.

Cassidy: Congratulations, you're 2-0. You have no major injuries. There has been a lot of injuries [in the NFL] so far, so that's good. But maybe the 2020 Bears could adopt the '83 White Sox "winning ugly" slogan, so far. But my question, the Bears offense and defense - are they performing at the same level, one ahead of the other, how would you rate the offense and defense?

"Well I think like you said, number one the injury part, too, it's crazy all the injuries that are going on right now, so we are very fortunate with what we have. We are fortunate to be 2-0. We are fortunate to be healthy," Nagy said. "And then we just got to continue to find our groove here, in all three phases: offense, defense, special teams. I think, I go back and watch the tape, I really thought the defense did a phenomenal job yesterday in a lot of third-down areas and then obviously at the end of the game, we created turnovers, we put pressure on the quarterback, and that was good. Offensively we started out fast, getting touchdowns, and then we were a little bit sluggish there in that third and forth quarter, so we want to be better there and we will. We will learn from that, but I think the best part is having good guys that care."

Liss: Yeah the Giants lost their star running back in the game, speaking of injuries, and then David Montgomery seemed to get banged up, but he's back in the game at some point, so what happens there and what could you say about his solid day that included a touchdown?

"Sure, yeah, I think coming back off that scary little deal where he landed on his head, fortunately he's okay. Credit to our trainers and everyone getting his back, and then you saw that kid runs hard now. He runs up the middle and he runs hard. We needed that there in that fourth quarter to be able to get some first downs, so we would like to finish with a touchdown there at the end, so it doesn't come down to the last play, but I think he is going to be good to go," Nagy said.

Liss: Mitch Trubisky talked about a brotherhood in the locker room. How would you describe sort of the identity that this team is starting to forge?

"You know we have had that. I really like that about our guys, is sometimes depending on how you win, in the end they don't care, they just want to win, and so we do have a very close family, a very close group of guys that care about each other," Nagy said. "You see that, you see that in these type of times when the games are close like this, they will pull together, support each other, especially being down on that sideline when there are no fans here. We had to create some of our own, and our guys did that on the sideline to help our defense out at the end."

You can hear more from Matt Nagy on the Bears Coaches Show on Mondays at 7 p.m.

The Chicago Bears travel to Atlanta on Sunday to take on the Falcons at noon.