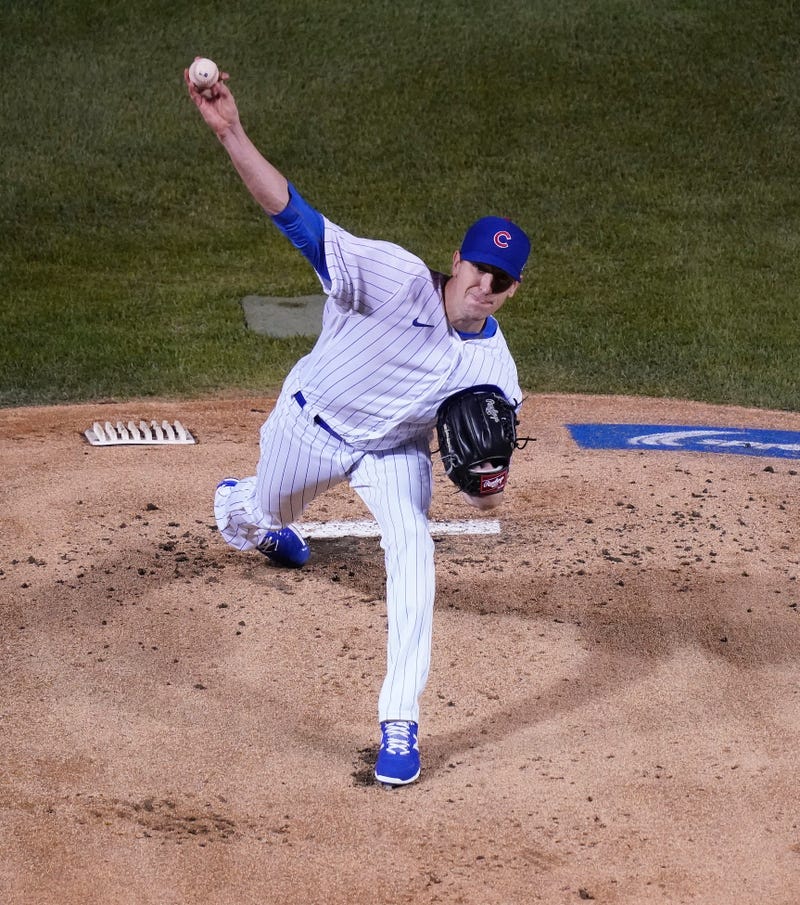 Hendricks stuck out 10 and walked one before Jeremy Jeffress worked around two walks in the ninth for his eighth save. After 104 pitches — including 73 strikes — Hendricks narrowly missed his fifth career shutout and his second this season.

Willson Contreras' sharp RBI single in the first accounted for the only run off the 40-year-old Hill, who walked the first two Cubs batters and then settled in on a clear, chilly night at Wrigley Field with the wind blowing in.

Hendricks (6-4) retired 12 Twins hitters in a row during a stretch from the second until Josh Donaldson's bloop single with two outs in the sixth.

The first-place Cubs' lead in the NL Central is five games over St. Louis, which swept a doubleheader from Pittsburgh.

The Twins remained three games behind the first-place White Sox in the AL Central.
Hill (2-2) allowed one run and three hits while walking two and striking out five in seven innings.

Contreras had two of the three singles off Hill, with one coming on a bunt.

Caleb Thielbar relieved to start the eighth.
Hill walked Anthony Rizzo and Kris Bryant to start the game. Rizzo scored on Contreras' line single to give Chicago a 1-0 lead and Bryant raced to third.

The next hitter, Kyle Schwarber, hit a sharp grounder to Josh Donaldson at third.
Donaldson tagged Bryant for the first out at third after the Cubs star got caught off the bag.

That quelled the rally. Hill retired 16 of the next 17 Cubs hitters, with Contreras' bunt single creating the only baserunner in the stretch.

Jeffress walked Byron Buxton to open the ninth, but Donaldson followed by hitting into a double play. Nelson Cruz walked with two outs, but Jeffress fanned Eddie Rosario to end it.

Schwarber was ready to take first, but home plate umpire Angel Hernandez gestured with his elbow in the air, called the pitch Ball 3 and discussed it with Chicago manager David Ross.

Schwarber returned to the batter's box and struck out looking.

UP NEXT: Twins RHP Michael Pineda (1-0, 3.57) takes the mound on Saturday night against Cubs RHP Alec Mills (5-3, 3.93). Mills tossed a no-hitter last Sunday at Milwaukee in his previous start, just his 15th in the majors.