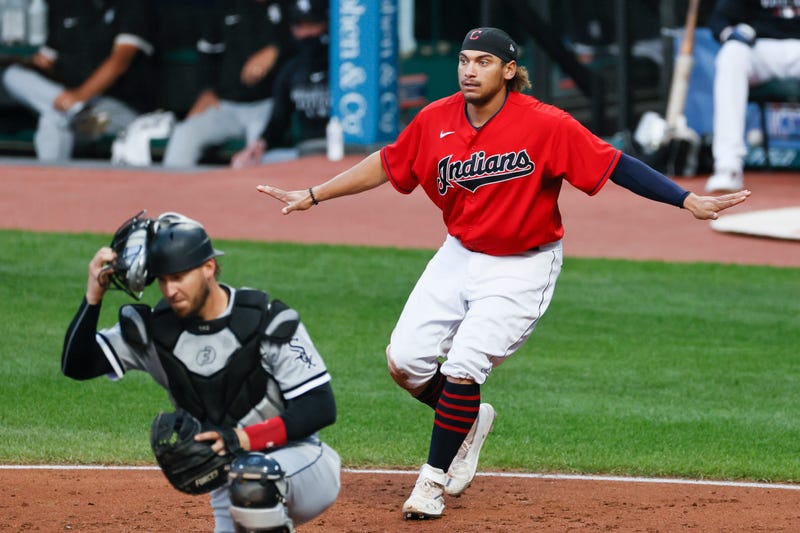 The Indians cut their magic number to one and would lock up one of the eight postseason spots if Seattle loses to Houston later Monday.

Cleveland also improved to 5-2 this season against the White Sox, who are on the verge of winning their first division crown since 2008. It's possible the rivals could meet again next week in the playoffs depending on how the final days of the regular season unfold.

After the White Sox scored four times in the fifth inning against Aaron Civale (4-5), Santana came to the plate in the bottom half batting just .189 after striking out in his two previous at-bats.

With Ramirez on first after a one-out walk, Santana pulled a 2-1 sinker from Jace Fry (0-1) over the left-field wall and into the empty bleachers to make it 6-4.

Civale worked around some early trouble and unusual control problems to last six innings. He's gone at least that far in all 11 starts this season.

Nick Wittgren struck out the side in the seventh and James Karinchak worked the eighth before Brad Hand pitched the ninth for his 14th save in 14 tries. He struck out slugger José Abreu for the final out with two runners on.

Hand got some help as center fielder Delino DeShields made a leaping catch at the wall to rob Tim Anderson of at least a double.

Ramírez, who has been making a late MVP push while carrying Cleveland's offense, homered in the first off rookie Dane Dunning. It was Ramírez's third homer in five at-bats over two days, fifth in five days and gave him 16 this season.

Ramírez has seven homers and 15 RBIs in his last 10 games.

Down 4-0, the White Sox, who had early chances against Civale, tied it with a two-out rally in the fifth on Abreu's two-run single and Eloy Jiménez's 14th homer.
With two on and first base open, the Indians elected to pitch to Abreu and he made them pay with his base hit to center. Jiménez, who singled in his firs two at-bats, then lined his homer over the wall in right-center.

GETTING READY
The Indians are expected to bump ace Shane Bieber's start back from Tuesday to Wednesday so he'll be in line to pitch Game 1 in the playoffs. Bieber leads the league in nearly every major statistical category and is favored to win the AL Cy Young Award.

BIG BATS
The White Sox came in leading the AL in average, slugging percentage and run differential. They're second in runs, home runs and OPS and third in in on-base percentage.
The last team to lead in all those categories was the 1995 Indians.

UP NEXT
Indians acting manager Sandy Alomar Jr. was expected to announce his probables for the remainder of the series following the game. Reynaldo López will start Tuesday for Chicago.