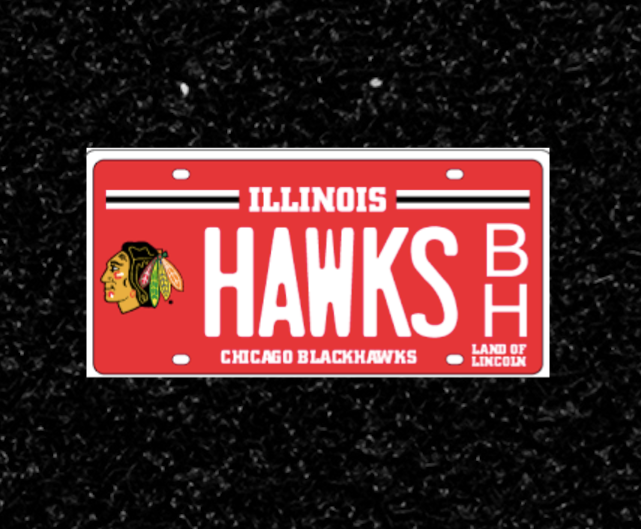 Chicago’s National Hockey League franchise was not a big winner on the ice this season, but the Blackhawks remain a leader on Illinois roadways.

The Illinois Secretary of State’s professional sports license plate program ranks the Hawks as the No. 1 sports speciality plate, with almost 20,000 pairs out there.

Then come the Cubs and Bears, and then the St Louis Cardinals and Bulls, the last two with about 2,900 sets of license plates each.

The secretary of state’s office says each set sends $25 to a public education fund, totaling $11.2 million since the state began offering the pro sports plates.

news
Family of nurses saves boy from drowning
music
Trick or treat! When celebrities go as other celebrities for Halloween
music
Don't be a Grinch! Build your own Whoville for the holidays
news
WATCH: Paul Rudd hands out cookies to voters waiting in line in the pouring rain
music
'James Bond' actor Sean Connery dies at 90
news
'The Legend of Sleepy Hollow' at 200: A look at the history of this spooky American classic