The new anthem was co-written by Hubbard and guitarist Chris Loocke on FGL's tour bus during a time of reflection while under quarantine after testing positive for COVID-19. Listen starting at 12AM ET on your favorite RADIO.COM Country station on RADIO.COM.

Speaking with RADIO.COM's Katie Neal about the new track, Tyler says "it was a special experience" and something that he'll "cherish forever."

"Twelve days of uninterrupted alone time with my guitar and my thoughts... it was special," says Hubbard. "I definitely missed my family... it was way more difficult on my wife than it was for me," he admits. "She was in the house chasing babies around while I was getting to have a party on the tour bus, but for the most part it was just a special time and very inspiring."

"Some great songs came from it," Tyler says. "Fortunately, this song 'Undivided' made it all worth it and Tim was awesome enough to record the song and let me do it with him."

"It's just such an exciting moment for us," he adds, "because the song is perfectly speaking to the world and what we all need right now, and what we need to hear personally. It's also an accountability thing for us. If we're gonna sing this and this is our message, then we have to live up to this. We gotta look around and love people. We gotta let God be in control and lead us."

"When I first heard it I was driving," McGraw tells Katie. "Faith and I were driving back cross-country from Montana... and I listened to it several times on the drive home, and when I got home is when I called Tyler. I just asked what was the plan with the song... I loved it."

"Like Tyler was saying, it hit me in a way that was more internal than external," Tim acknowledged. "It made me want to look in the mirror and make sure I was doing the right things. It made me reflect on everything that was going on in the world, and how I was handling it."

Tim says the song made him ponder, "What was the best leadership that I was showing to my family during this time, and was I handling it right? Was I leading more to darkness than to light?"

After penning the track, the decision to send the song to McGraw for consideration came easy for Tyler.

"I just think Tim's so well-respected and so loved and so listened to," Hubbard explained. "I also got the honor to know Tim over the last few years and I know his heart. I know how good of a human he is and I just felt like he could bring this message organically and authentically."

"The wheels turn fast," Tim says. "As soon as we decided that we were going to record this song together, our heads just started exploding on the things we wanted to do how we wanted to do it. We were in the studio within a couple of days."

Regarding the quick timeline from writing to release, Tyler says he remembers when Tim called him saying that he wanted to cut the song immediately "and it needs to be out now."

"I don't even think the track was finished when we were recording the vocals completely" two days after their initial texts, says Tyler. "We got together, knocked it out real quick... it was almost too easy."

"That's when you know it was just meant to be." 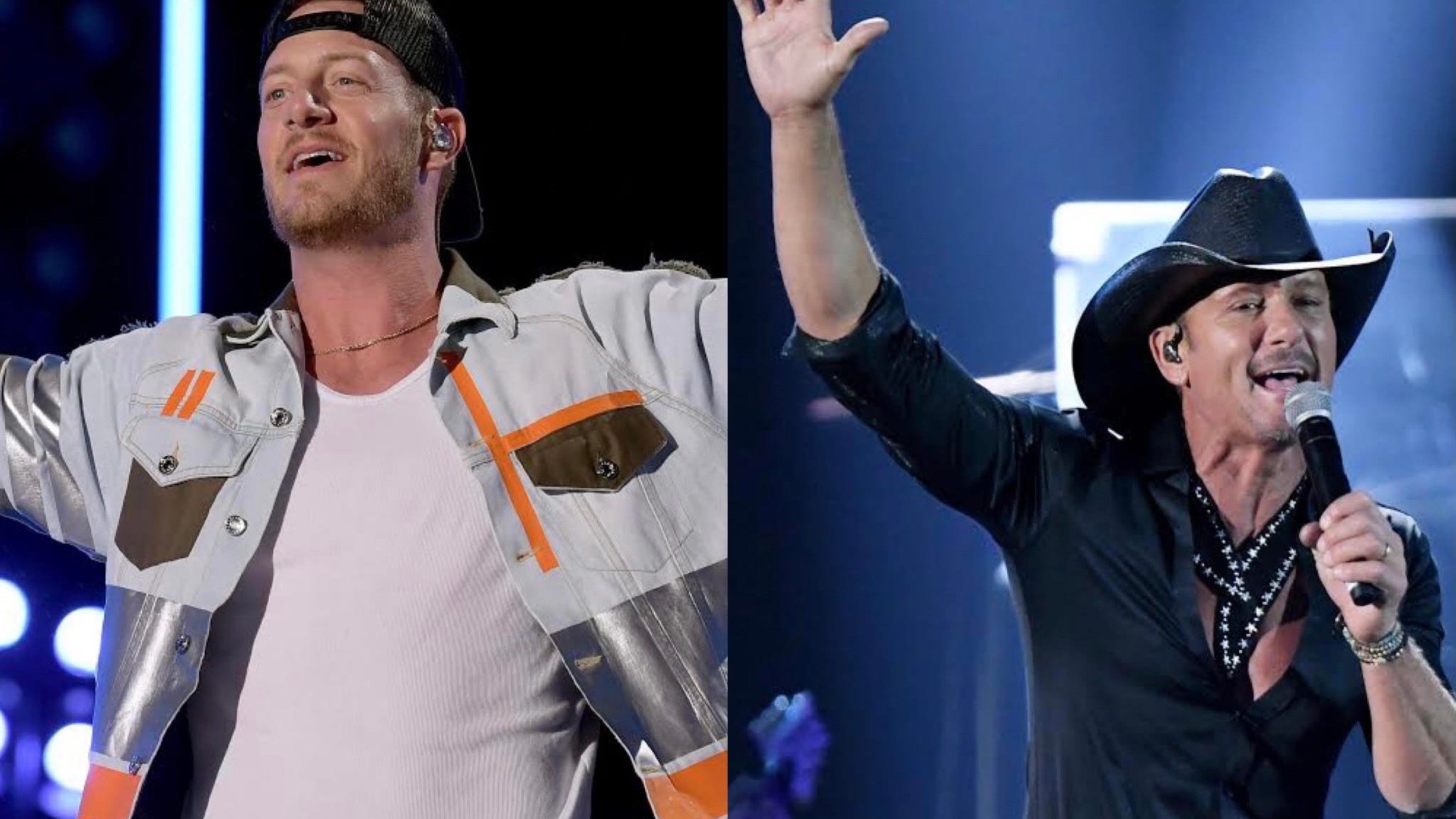 “I loved the positivity of this song and that it called me to check myself and to remember that love is bigger," McGraw said teasing the single last week. "It’s why I knew this song had to be my next single with Tyler as soon as he sent it to me."

Hear the RADIO.COM World Premiere of McGraw and Hubbard's "Undivided" all day Wednesday, January 13 on your favorite RADIO.COM Country stations beginning at 12AM ET. You can watch much more from Tim and Tyler in the interview above.