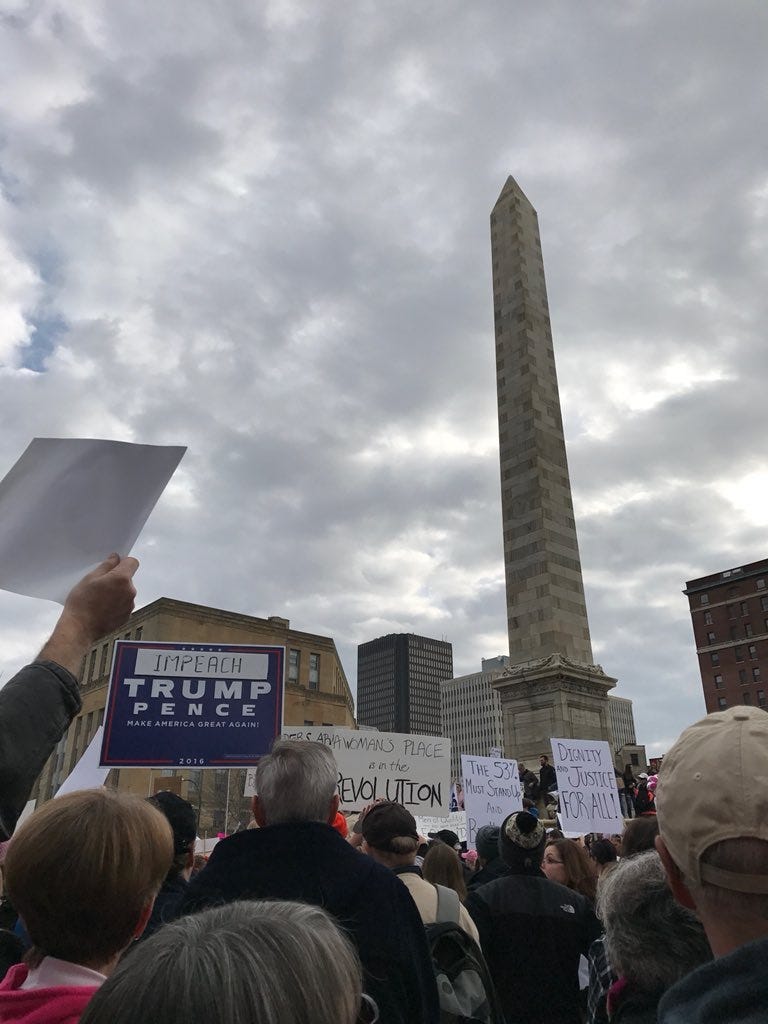 BUFFALO, N.Y. (WBEN) - A Women's March planned for Sunday in Buffalo was postponed Saturday due to the snow and wind chills. The local march is part of a nationwide effort to praise the role of women in society.

"This is the third year coming up," Victoria Ross, Executive Director of the WNY Peace Center, said earlier this week ahead of the postponement.. "It's a whole movement building. We have #WomensWave going on and #UniteTheStruggle. All of our issues are linked and so are our solutions, too."

Ross also briefly addressed the controversy over the Democratic National Committee removing itself as a partner of the event over anti-Semitism remarks by Louis Farrakhan, saying they're responding by doing the work.

"Having the hard conversations, talking about people's feelings," Ross said. "Doing the trust-building. Doing all of the things that need to be done. Having panels on the issues. Working on those local goals. We can have a panel about the controversy and the questions and the different groups and how to resolve peacefully and well our conflicts and issues among different groups when they come up."

sports
Angels' Mike Trout favored to win AL MVP
sports
Bet on the Iowa Hawkeyes to get a No. 2 seed in the NCAA Tournament
music
COVID-19 restrictions change in Texas and Mississippi, but some concert venues still staying closed
sports
NBA player props: 3 best bets for Thursday, March 4
music
Miranda Lambert becomes the first female Country star with her own bar on Broadway in Nashville
music
Drake declares it's time for 'Scary Hours 2'