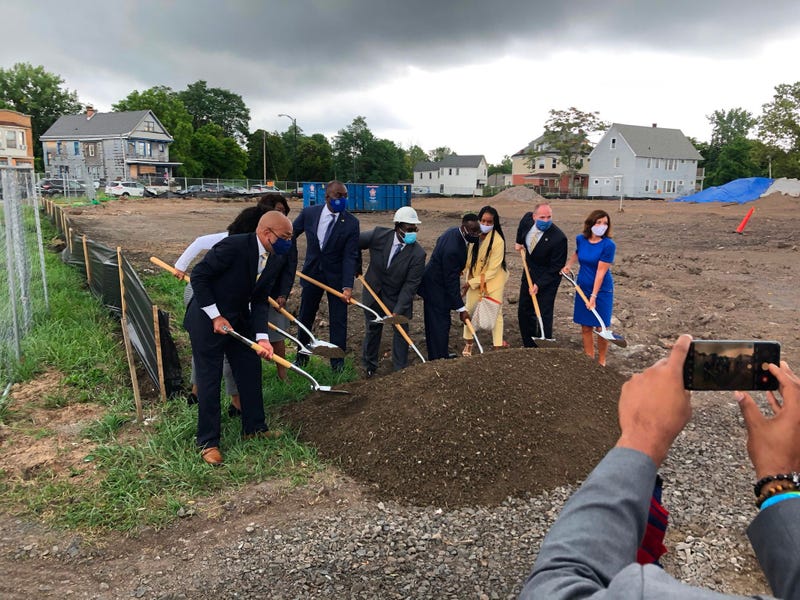 BUFFALO, N.Y. (WBEN) - Buffalo leaders touted the launch of a $20 million housing project on the city's east side that will provide affordable housing and also provide mental health and substance abuse services.

The Mount Aaron Village complex, located at the corner of Genesee and Adams Streets, was the site of Tuesday's ceremonial groundbreaking. The village has 16 townhouses, 43 apartments, and will also have 4,000 square feet of commercial space that will be leased to BestSelf Behavioral Health.

NOW: Officials unveil the $22 million Mount Aaron Village Complex, which will have townhomes, apartments, and other amenities to help those who are in recovery in partnership with BestSelf Behavioral Health. pic.twitter.com/A4zQJTIo9E

The project received $18.6 million in tax credits from New York State for its launch.

"I'm most attracted to the part of this which deals with the people who are homeless and the people who are wrestling with substance abuse," Lieutenant Governor Kathy Hochul said. "To have supportive services literally in the building, this is how we literally change people's lives. It starts with a project like this where people no longer have to worry about sleeping on the streets or in a shelter where they don't feel secure. They don't have to worry about if they're shivering during a winter in Buffalo. They're going to be able to call this their home."

New York State's Office of Housing and Community Renewal provided the tax breaks for the project.

Buffalo Mayor Byron Brown said affordable housing is needed more than ever because of the expected increase in evictions and because fewer people will be able to pay their mortgage due to the economic hardship caused by coronavirus.