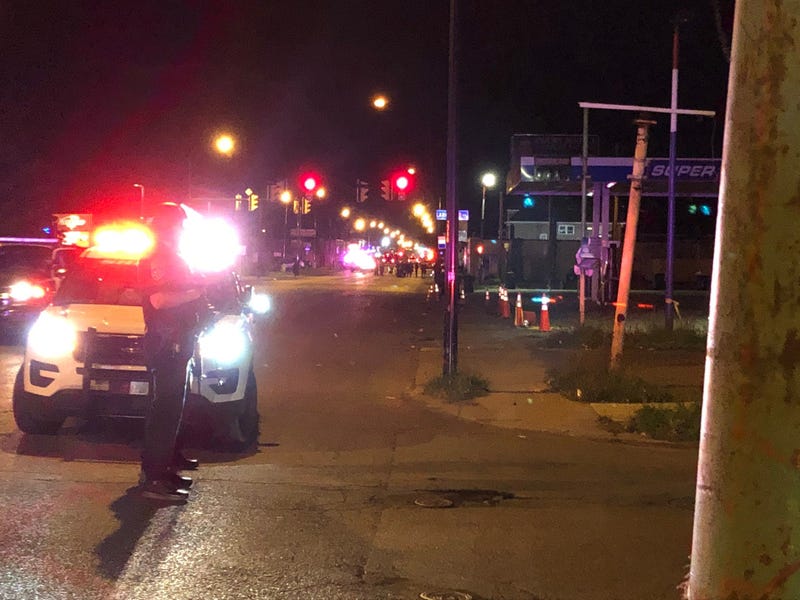 “Deyanna Davis accidentally drove through the police officers following my arrest,” Carter said. “During that process she was shot eight times. She went in for surgery that evening and within 24 hours of her surgery they moved her to the Erie County Holding Center and had her in a standard cell with no medical supervision. For that entire week, the only thing she was receiving was Tylenol as far as medicine goes.”

Carter has since been demanding that Davis be released from the jail to her family as she goes through the legal process.

He also said that she is not a flight risk because of the injuries she suffered during the incident. Davis’ mother said last week that Davis is paralyzed from the waist down.

Carter claimed that Davis was not given the right to make phone calls to her family. He said the only reason she was moved to the infirmary only after pressure from protesters. The Erie County Sheriff's Office did not comment on Davis' situation but said that they follow any doctor prescribed medication and therapies from the primary physician for any individual.

Davis was charged with five felonies including aggravated assault on a police officers and two counts of second degree assault. She faces up to 25 years in prison. She has not posted the $200,000 bail necessary for her to leave jail.

Ensminger survived the encounter but suffered a shattered pelvis and two broken ribs. His injury to his pelvis was so bad, police initially thought his legs were also broken. Ensminger has been at ECMC since the incident and underwent surgery last week.

“He’s been moved from room-to-room because his status is getting better,” NYS Public Information Officer James O’Callaghan said. “He’s got a lot of carriage bolts and metal plates in his pelvis. He can feel his toes. He can walk. He’s not paralyzed and he is recovering. He’s in a lot of pain, though.”

Davis was driving the car with Semaj T. Pigrim and Walter B. Stewart. Both of them were charged with a felony after a stolen 9mm handgun was found in their car. The gun was reported stolen from West Seneca.

The district attorney confirmed the three people in the SUV were at a funeral party, then left to buy something from the store. They were never part of the protests.

It’s unknown if she was shot by police or by someone else.

Flynn said there is additional video that his office has that counters the narrative that Davis panicked when she heard sounds on Bailey Avenue. He said video shows her driving “for numerous blocks” before striking officers.

“I have to hold her accountable for her actions and her actions, to me, show that she committed a crime,” Flynn said.

Davis will return to court on June 24.