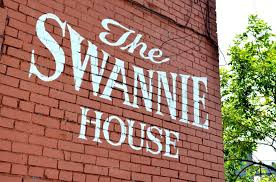 The authority says health officials received a complaint Swannie House was operating as normal on March 27th. An inspector with the Erie County Department of Health arrived at the premises at 8:30 p.m., observing approximately twelve patrons inside the bar. When Erie County Sheriffs’ deputies arrived at 9:00 p.m. they found the front door locked and observed patrons exiting the premises through a rear door.

Also on March 27th, Erie County Health officials received complaints that AJ’s in Clarence continued to operate in violation of the emergency shutdown since the order went into effect.  On March 27th, an inspector with the Erie County Health Department surveilled the premises for about 30 minutes, observing eleven patrons inside the bar.  Sheriffs and health inspectors entering the bar were met by the owner, who maintained he could not prevent patrons from mingling and consuming alcohol inside the premises after being notified he was in violation of the Governor’s order. Both bars were immediately ordered shut down.

“Continuing to operate business-as-usual during this crisis demonstrates a dangerous indifference to the health and safety of others, and the SLA will not hesitate in taking immediate actions to shut these businesses down,” said SLA Chairman Vincent Bradley.  “We understand suspending dine-in service has caused a major, though necessary economic disruption for our licensees, and we thank the overwhelming majority of businesses who are prioritizing the public’s best interest in our cooperative efforts to stem the tide of the coronavirus.”

The suspension was ordered during a meeting Tuesday.