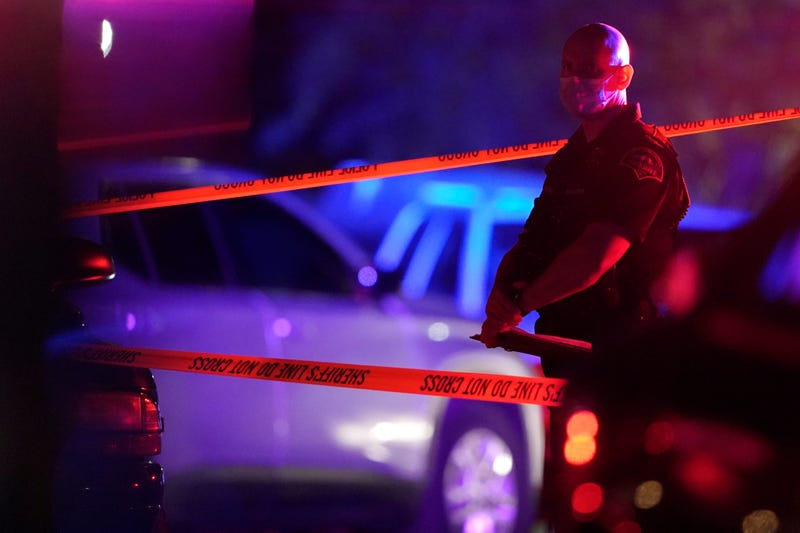 Photo credit A Thurston County Sheriff's Deputy wears a mask as he stands near crime scene tape, Thursday, Sept. 3, 2020, in Lacey, Wash. at the scene where Michael Reinoehl was killed Thursday night as investigators moved in to arrest him. Reinoehl had been suspected of fatally shooting a supporter of a right-wing group in Portland, Oregon, last week after a caravan of Donald Trump backers rode through downtown Portland. (AP Photo/Ted S. Warren)
By The Associated Press

Your daily look at late-breaking news, upcoming events and the stories that will be talked about today:

1. FEDS KILL PORTLAND SHOOTING SUSPECT Michael Reinoehl, suspected of fatally shooting a supporter of a right-wing group in Portland, Oregon, last weekend, was killed as investigators moved in to arrest him in Washington state.

2. ECONOMISTS PREDICT JOB GAINS FOR AUGUST Yet so deep were the layoffs that began in March at the outset of the pandemic that millions of Americans remain burdened by job losses that might prove permanent.

3. POLICE USE OF SPIT HOODS SCRUTINIZED While many in law enforcement defend the mesh bags as vital to prevent officers from being spit on or even bitten, critics have denounced them as dangerous and inhumane.

4. VIRUS SPURS SPIKE IN MAIL VOTING North Carolina begins to send out about 600,000 ballots to voters who have requested them, a group that is overwhelmingly Democrat and independent.

5. NFL BETTING BIG ON GAMBLING INDUSTRY The Raiders are set to open a multi-billion-dollar stadium not far from the Las Vegas Strip and this spring the league loosened its gambling policies as they relate to sponsorship opportunities.