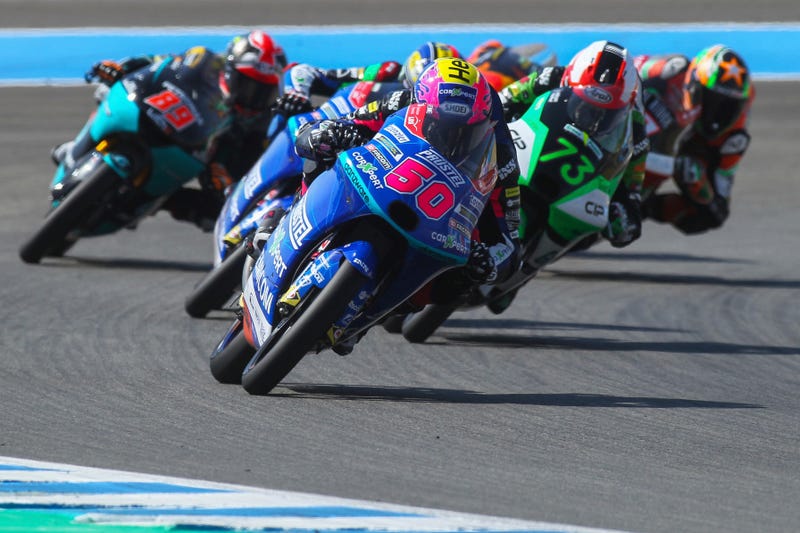 JEREZ DE LA FRONTERA, Spain (AP) — Fabio Quartararo won his maiden race after Marc Márquez broke his arm in a crash at the Spanish Grand Prix on Sunday as MotoGP got its season underway amid the coronavirus pandemic.

Márquez, a six-time defending MotoGP champion, crashed hard with four laps to go and had to be carried off the track on a stretcher. Team Honda said he is expected to undergo surgery on Tuesday but his recovery time is not yet known.

Márquez started third but had to come from behind after losing control of his bike and avoiding an earlier crash that put him back in the pack at the beginning of the race.

The 21-year-old Quartararo, who started from pole position after a record lap at the Circuito de Jerez-Ángel Nieto, became the first Frenchman to win in MotoGP since Regis Laconi in 1999.

“This is best moment of my life for sure," Quartararo said. “It is strange, without the fans. I would love them to be here and to cheer with them. This race was for all of them, for all the people affected with COVID.”

It was the first of seven races in Spain in a reduced season that was originally scheduled to start in March. The second of the 13-races on this year's calendar will also be run at Jerez next weekend.

The MotoGP season was set to start in March in Qatar but only Moto 2 and Moto 3 races took place as the coronavirus outbreak struck.

The race in Spain was held without fans and under strict health controls.

Races have been limited to a total of 1,200 people within the venue, including drivers, team members, track crew, medics and local staff. They all must adhere to strict social distancing rules and wear face masks whenever possible.

Everyone attending must pass a COVID-19 virus test five days before each event and remain in self-isolation until the race. Random tests may also be carried out at the circuit.

Teams will be kept separate in small groups to reduce the risk of contagion.

Suzuki rider Alex Rins did not race after fracturing his shoulder in a crash in qualifying.