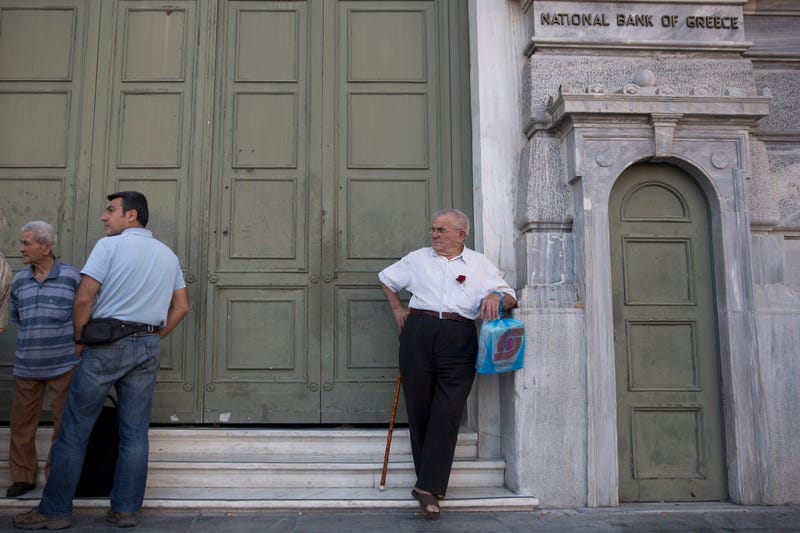 Photo credit FILE - In this Tuesday, June 14, 2015 file photo, pensioners stand outside the main gate of the National bank of Greece, in Athens. A high court in Greece has ruled on Tuesday, July 14, 2020, in favor of retirees in a class action case in which they demanded the reimbursement of money cut from their income during international bailouts.(AP Photo/Petros Giannakouris, file)
By The Associated Press

ATHENS, Greece (AP) — A high court in Greece ruled Tuesday in favor of retirees who brought a class action case to demand the reimbursement of money cut from their income during international bailouts.

The case was being closely watched in Greece, which is reeling from the economic impact of the pandemic and is expected to slide back into a severe recession after a decade-long effort to recover from financial crisis.

The Council of State administrative court ruled that pension cuts imposed during 2015-16 occurred without the proper legislative procedure and the money should be returned.

The court only ruled in favor of retirees whose associations were directly involved in the complaint. But the ruling could pave the way for broader claims that would have a greater fiscal impact on the country’s troubled public finances.

The government said it would comply with the decision.

“We are studying today's ruling and, taking into account our fiscal ability as well as what the economy can withstand, the government will announce when and how it will implement the decision,” a Labor and Social Affairs Ministry statement said.

Greek media have reported that the government could apply the ruling to all affected retirees, even those who weren't directly involved in the complaint.

Retirees’ income was cut by successive governments during international bailouts by European Union institutions and the International Monetary Fund between 2010 and 2018.