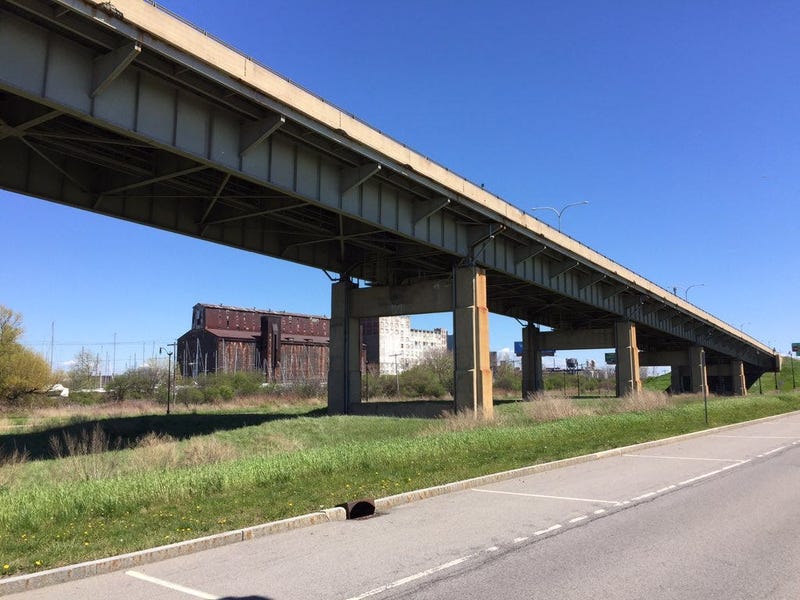 BUFFALO, N.Y. (WBEN) - Even though there's a renewed push for the state to fund local urban infrastructure needs, there are still "big ticket" projects that are being pushed at the highest levels of New York State.

Buffalo's Skyway is one of those ticket items. Governor Andrew Cuomo has already pledged $10 million for an environmental study on the Skyway corridor to include the "City of Lights" design.

"Is taking down the Skyway a good idea? Of course it is," Cuomo said in September. "It was a good idea 50 years ago when it was first proposed."

The governor said that the Skyway project will get done.

The latest push for urban infrastructure funding began on Thursday with the group "Rebuild NY Now". This coalition said that the state has been focused on "mega-signature" projects like cashless tolling at the expense of local roads.

"Before they do anything on the Skyway they need to focus on local," Gary Hill of the coalition said. "The same thing with the Scajaquada. You can't downsize the Scajaquada and the 50,000 vehicles a day and not fix the roads like Amherst Street and Forest Avenue and put turning lanes in so that people aren't sitting at two or three lights to make a left-hand turn. You have to focus on that."

Hill said that any movement on the Skyway would likely at least a decade. The Rochester group that came up with a design idea for the Skyway said it costs $340 million and would be complete in 2032. The study is anticipated to be completed within five years.

Senate Transportation Committee Chairman Tim Kennedy has shown his support for the coalition but said it is possible to have the work done on the Skyway while also securing the funding for local infrastructure.

"It's all equally important," Kennedy said. "We need to get after funding for all of it. Our community has been ignored for far too long. We need to make sure that critical infrastructure improvements, whether it's the Skyway, 33, 198, aren't taken piece by piece, but altogether."

When asked if it's possible to have both, Kennedy said "we have to".