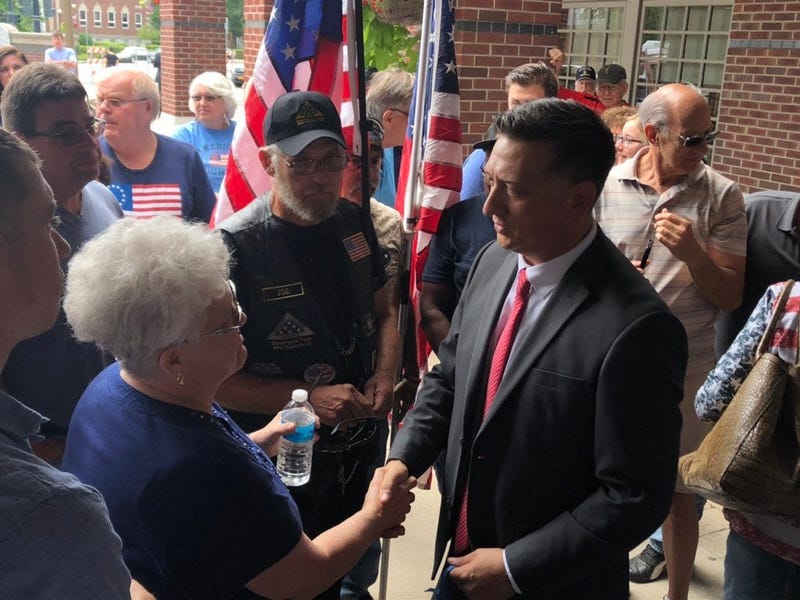 Bellavia, who previously ran in a primary against current Congressman Chris Collins back in 2012, made it very clear that NY-27 isn't a focus.

"I'm with the army right now, and I very proud to be with the army," said Bellavia. "I think it would be irresponsible, and I don't think I'm authorized to even talk about that. I can assure you that it's the last thing on my mind."

Bellavia noted that he is proud to be traveling around the country to help the army with recruiting. Much of his speech at Tuesday's ceremony was about the importance of service to the community, whether that be on a battlefield or helping out at the local soup kitchen.

With Chris Collins' seat in New York's 27th Congressional District in a state of unknown due to potential legal trouble, Bellavia's name has emerged as a possibility come November of 2020. Political activist Michael Caputo has created a website that focuses on supporting Bellavia for a possible congressional run, but that doesn't seem to affect his current thinking.

"I can also tell you that nobody drafted me into the army; I voluntarily served," he began. "Nothing is going to sway to run or not run. I'm 100-percent focused, and I don't know when my obligation is going to end, and it's the last thing on my mind."He also feels like a run for congress right now would be, in a way, taking advantage of the Medal of Honor - something he's not prepared to do.

"In 2012, I ran a primary, and everything that I'm being awarded for now happened in 2004," said Bellavia. "I don't know what I was supposed to do in 2012, but the only difference that separates that run from this run is an award. It means too much to me to throw it on the table say 'now I'm really serious, now I deserve a vote.' Until they say I'm no longer of service, then I can focus on the future, but the last thing I'm thinking about right now is cashing this in, and I just feel like it would be cashing it in."