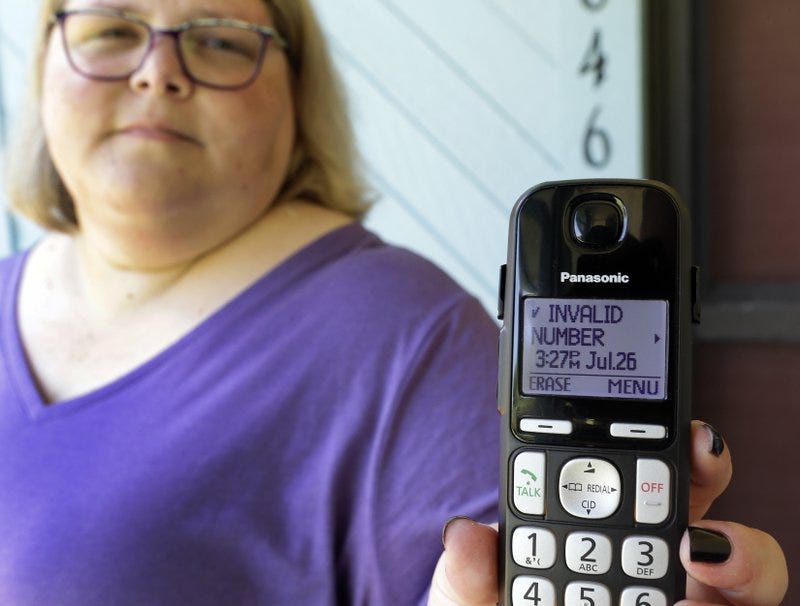 Washington, D.C. (WBEN) - A Senate committee this week advanced legislation that would levy a heavy fine on illegal robocalls.

The Telephone Robocall Abuse Criminal Enforcement and Deterrence (TRACED) Act, introduced by Sens. John Thune (R-S.D.) and Ed Markey (D-Mass.), would give the federal government the power to slap offenders with fines of up to $10,000 per call.

It also would give the Federal Communications Commission (FCC) more time to bring charges against companies behind illegal robocalls, lengthening the statute of limitations from one to three years. The telecom industry would be required under the legislation to take stronger action against “spoofing,” a practice where robocallers make it look like they are calling from a number in the recipient's area code.

“As we shared with the Committee yesterday, the TRACED Act will bolster our shared goal of bringing illegal robocallers to justice with enhanced government prosecution, including criminal.”https://t.co/8zViYgguUy https://t.co/voqLdFTPxH

Why have robocalls exploded in recent years, despite the frustration of millions of people who feel their phones are under siege by autodialed spam and scam calls. Gilman said it's because it has become incredibly inexpensive to place huge volumes of calls. "For a couple thousand dollars someone can set up a robocall shop.  It works. People are tricked into believing that someone is calling from the Social Security Administration or the IRS or that you won a great vacation at a luxury resort."  She said it is a very effective way to rip people off.

The measure advanced by the Senate Commerce Committee on Wednesday is the most significant piece of legislation to address the issue.

A Spoofed call is when the number that shows up on your caller ID is deliberately falsified and appears to be a local number.

Gilman said she has heard from people who have received spoof calls from their very own phone number.