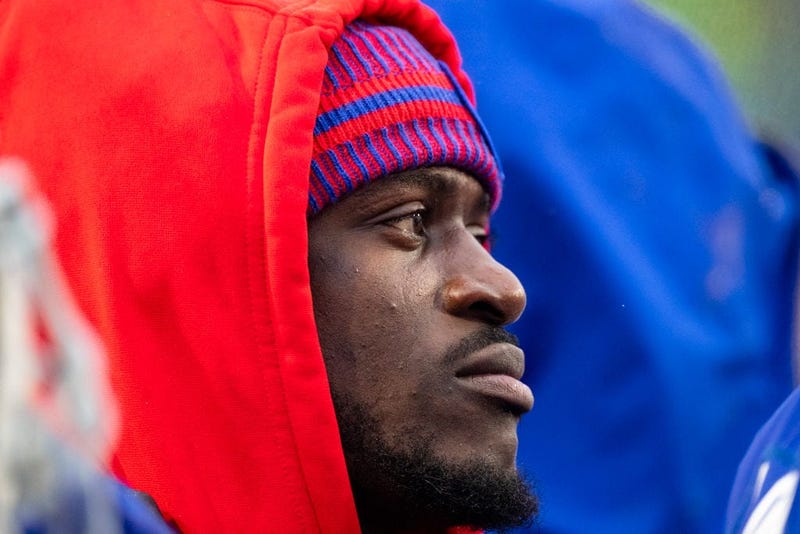 BUFFALO, N.Y. (WBEN/AP) — Bills cornerback Tre’Davious White is unsure if he will opt in or opt out of the upcoming NFL season.

White has until 4 p.m. Thursday to decide on his status for the year. The 25-year-old has established himself as one of the best cornerbacks in the league in recent seasons.

“Honestly, I’m still undecided,” White said. “I’ve got until tomorrow. ... We’re just kind of taking it down to the last day and we’re going to decide from there.”

White is in Buffalo and said he wanted to see the precautions the Bills are taking in an effort to keep their players safe. But he also knows that those precautions are no guarantee against the coronavirus, and is concerned about the potential effect on his family.

Crazy that me choosing my family’s wellbeing over a game comes with so called fans attacking and questioning me and saying I’m selfish. No you guys are selfish for thinking that football is bigger than life. Oh by the way my girl’s grandfather passed from COVID. U understand now?

“They’ve been doing a great job,” White said. “But just the aspect of guys still testing positive and having false negatives, false positive tests that come back negative, it’s just those things that psychologically play a part in my thinking each and every day. Do I want to come in here and get my 11-month-old baby sick, just coming home and trying to love on him and pick him up, do I want to risk that? Because at the end of the day, no matter what my family is going to come first.”

White was a big reason for Buffalo’s defensive success in 2019, helping the team finish second in points allowed and third in yards allowed. He was voted to his first Pro Bowl and was a first-team All-Pro, and he tied for the league lead in interceptions with six.

Complicating matters is the prospect of a long-term contract extension looming around the horizon. White is entering his fourth year, and the Bills have picked up his fifth-year option for the 2021 season.

But it’s expected that the two sides will try to come to terms on an extension that could make White one of the highest-paid defensive backs in the league in the near future.

White isn’t too concerned about that at the moment, however, noting that the financial parameters are essentially set in place for when that time does come.

“I want to put myself in a position where I can break the cycle for my family and break that curse and have some generational wealth and be able to take care of my family and my kids so they can have the things that I didn’t have growing up, and be able to have some advantages as far as economically and schooling,” White said.

“I know what I bring to the game, and I think I have a worth that’s out there and it’s a market out there for defensive backs and it’s only going up, so I’ll see what happens.”