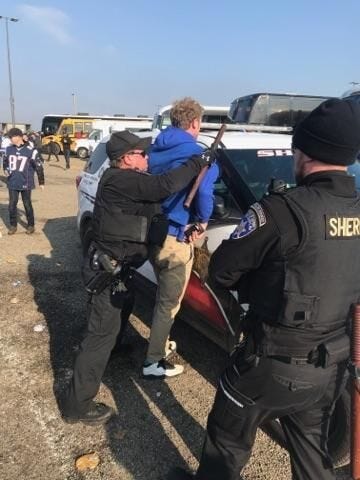 BUFFALO, N.Y. (WBEN) - The Erie County Sheriff's Office are facing a lawsuit by the man who was arrested at a Buffalo Bills game in 2017.

The video has prompted a backlash against the Erie County Sheriff's Office. Belsito is suing them for assault and battery, wrongful arrest, false imprisonment, malicious abuse of process, and other charges, according to his Belsito's attorney, Aaron Glazer.

"I think it's been an extremely difficult for (Belsito) to go through and it continues to be," Glazer said while noting that the force used by the officers was excessive.