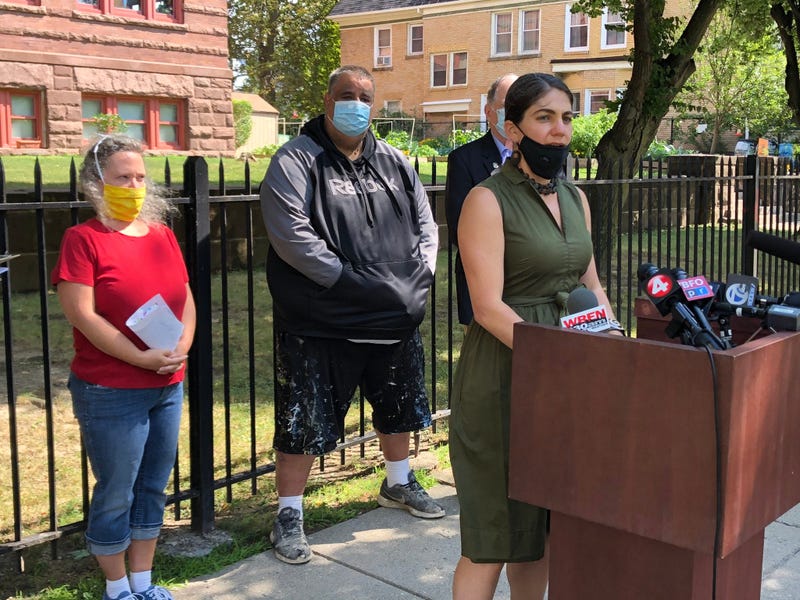 BUFFALO (WBEN) - Parent leaders of the Buffalo Public Schools held a press conference Monday morning to essentially call out the district on a "lack of meaningful engagement with students, parents and the community" when developing its reopening plan.

"We are here today to make sure that we are aligning public health and public education, and that the voices of parents, students and community are fully heard as we make plans for district reopening and what a school year looks like in a year that we have never experienced anything like before," said Jessica Bauer Walker,  who serves as president of BPS Community Health Worker Parent Association.

In the New York State Department of Education guidelines for developing reopening plans, it reads: “As plans for reopening schools are being developed, districts must work together with families…Building these strong relationships takes regular, frequent, and transparent two-way communications.”

However, these parents are alleging that this did not take place.

When the BPS re-opening committee was convened in early June, assurances were made by District administrators to parent leaders for meaningful engagement with families and community.   The committee did not re-convene again until two weeks before plans were due to NYSED.  Data from a survey to receive family input was not shared to inform decision-making; and despite a promise of a public meeting the week of July 27th, no such meeting was held.  Only an outline of a plan was shared on July 20th.  No subsequent drafts or a final plan was shared with the re-opening committee or the public before the July 31st deadline to submit to NYSED.

"We really just want to inform the public and let families know how they can be informed of this process and have a seat at the table because we know the most direct stakeholders here are parents and our students," Bauer Walker continued. "We will not be silent when it comes to health, safety and education of our children. We urge NYSED to reject any plan that did not reflect the voice of parents and students."

Bauer Walker said they sent a letter to the district asking that the process for feedback be outlined by August 5.

While he wouldn't commit to an August 5 deadline, he did promise more engagement with parents and students moving forward.

"We will commit to you that we will have a solid communication plan with parents, families and with students," said Brown-Hall. "This is a working document, and as the governor said (Sunday) in his press conference, this is when the conversations begin...if there are times when parents felt they weren't included, they better believe that, going forward, they'll be included at an even greater percentage because we do want to have those meetings."