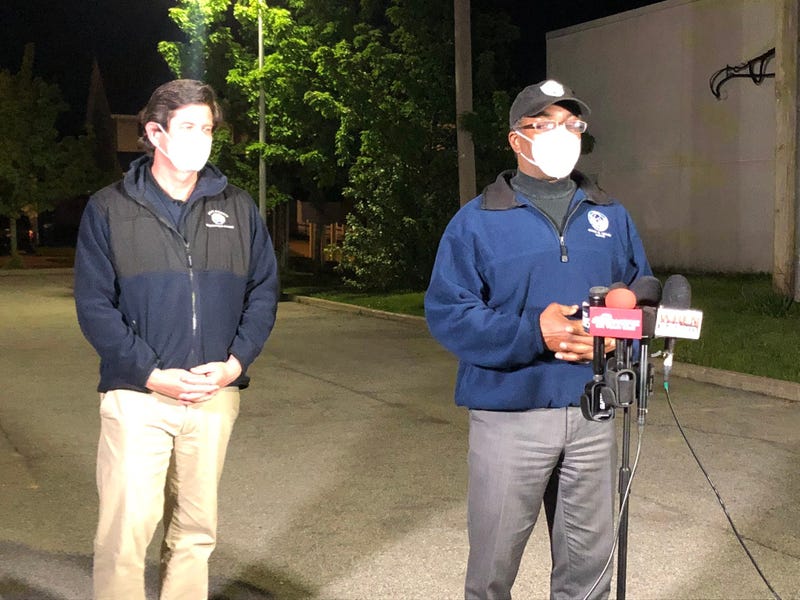 There were numerous rumors going around on social media that various establishments in Erie County were being looted and that someone was driving around shooting from a U-Haul, but as of 10:30 p.m. Sunday, Poloncarz said those rumors weren't true.

.@markpoloncarz says "there are no major incidents at all" in Erie County, despite numerous social media rumors that are trending.

There was a shooting on Comstock Avenue in Buffalo involving a U-Haul, but it appears to be a targeted case having nothing to do with a protest.

Brown reported that six people were arrested in Niagara Square for not adhering to the 9 p.m. curfew.

Poloncarz couldn't guarantee a curfew-free Monday evening, but as of Sunday night, one isn't planned.

"I am hopeful that this is the last night we ever have a curfew in place," said Poloncarz. "I don't want to do it, the mayor doesn't want to do it - we've talked about it, and we have no interest in doing this."

The two again addressed some of the violence from Saturday night, saying many of the more violent protestors were not residents of Buffalo or Erie County, but people who showed up with the intention of inciting trouble.

In hoping Saturday night was the extent of the chaos in the City of Buffalo, Poloncarz said he will choose to remember the events of this weekend in a positive light.

"When we look back on this incident, I'm going to remember the individuals who came out to help clean up neighborhoods - whether it was downtown, Grant Street, Elmwood Avenue - rather than the people who incurred the violence because that's the nature of our community," he said.

Brown reiterated that the community will be receptive to peaceful protesting, but what occurred on Saturday night went too far.

"Hate cannot drive out hate, only love can drive out hate," Brown said in quoting Martin Luther King Jr. "Let's all open our hearts more to love and being loving so that we can heal the issues, the injustices that exist in our community."