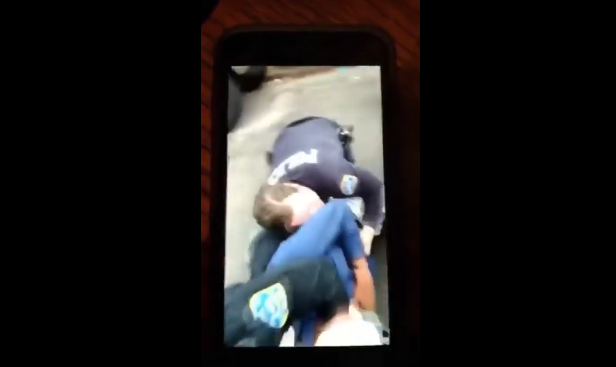 Buffalo, N.Y. (WBEN) - A notice of claim has been filed against the Buffalo Police Department stemming from an arrest on May 10 in the city of Buffalo.  The incident was caught on video that shows an officer's controversial use of force on the city's East Side.

The notice of claim also names the city of Buffalo, both officers involved in the incident as well as Buffalo Police Commissioner Byron Lockwood.

Buffalo Police Officers Ronald Ammerman and Michael Scheu are accused in the notice of using excessive force on Suttles.

We warn you this new video provided to WGRZ is graphic in nature and is a compilation of body cam and cell phone video.

Following the arrest in May, WBEN spoke with Mayor Byron Brown about the incident.

The mayor said he spoke to Buffalo Police Commissioner Byron Lockwood after viewing the tape, and Lockwood told him that they had already opened an internal affairs investigation. Brown has directed the management team to expedite the investigation and to make it a top priority for the department.

According to Brown, Lockwood is going to request the district attorney's office to review the incident, and Brown added that he supports the decision to have an outside agency review the case.