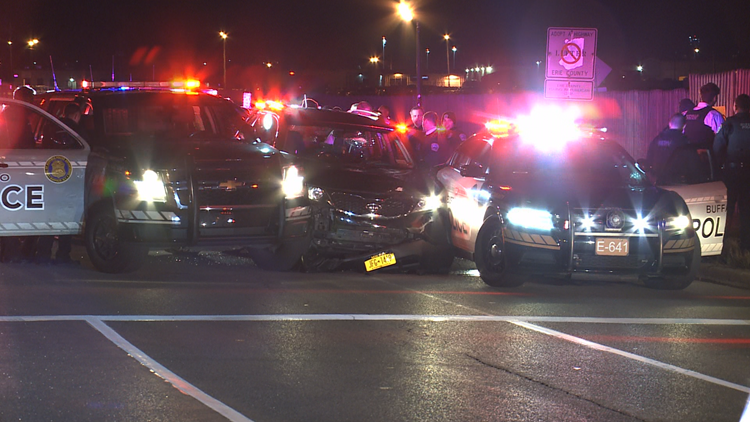 BUFFALO N.Y. (WBEN) - Buffalo Police are investigating an incident that began at approximately 2:30am Sunday in the 200 block of Franklin Street.

Police say a male was struck by gunfire and shortly after that, some type of fight broke out in that area involving a number of people.

As officers were attempting to break up the fight, a vehicle struck or came into contact with those officers. Police say the vehicle sped away from the scene and a police pursuit ensued.  The officers were treated and released with only minor injuries.

The pursuit of the vehicle ended in Cheektowaga near the 33 and Cayuga Road and a number of other vehicles were damaged during the pursuit. (Photo Courtesy WGRZ Channel 2)