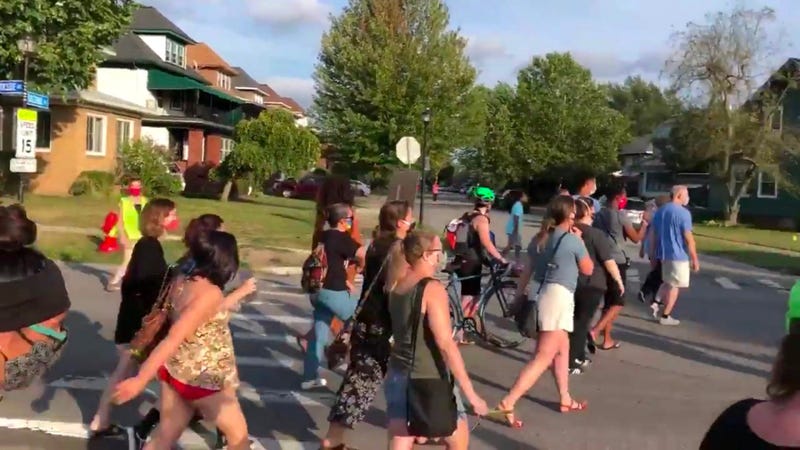 BUFFALO, N.Y. (WBEN) – An employee from the Buffalo Sewer Authority has been suspended after their role in Tuesday’s tense protests along Hertel Avenue.

The employees name was not released by the authority.

“I am aware of the situation that took place on Hertel Avenue yesterday evening and that one of our employees was involved in this incident,” Buffalo Sewer Authority General Manager Oluwole A. McFoy said in a statement. “Buffalo Sewer does not condone this kind of behavior from any of its employees, especially when they are representing Buffalo Sewer. That employee has been suspended and an investigation has been opened by our Human Resources Department. The actions and words last night of that employee are not reflective of the Buffalo Sewer Authority and they are not reflective of the inclusive and equitable environment that I have strived to cultivate within the Authority.”

Protesters on Tuesday marched on Hertel Avenue and a confrontation took place between protesters and patrons of MT Pockets. Read more about Tuesday’s protests here