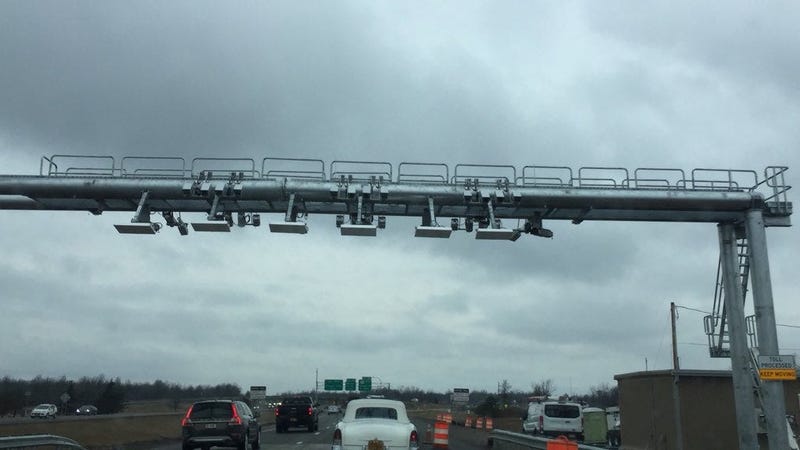 GRAND ISLAND, N.Y. (WBEN) - With cashless tolling expected to be the norm statewide by the end of 2020, members of the Thruway Authority and EZ-Pass held an outreach program on Wednesday to address and solve any concerns.

Thruway Authority Commissioner Matthew Driscoll told reporters that less than four percent of drivers who have used cashless tolling (24 million transactions) received a fine with the new system. As of 2017, there are more than 12 million people in the United States who have a drivers license.

"From that standpoint, it's been very successful," Driscoll said.

Roughly four percent of toll-goers have had some sort of billing issue. That being said, NYS planning to expand cashless tolling thru all of the state by end of next year. Thruway Authorities continues to urge you to get an EZ-pass. pic.twitter.com/3V6be0HmeJ

Cashless tolling hasn't been smooth for everyone in the region. Last month, three people locally filed a lawsuit against the Thruway Authority. One of the plaintiffs, Carl Kettle, received a bill of $204 with $200 of that bill due to "administrative fees" according to court documents while fellow Buffalo resident David Tredo received a $6 bill only to be later told to pay $306.00. A Lewiston resident, Larry Biesuz Jr., received a bill of nearly $2,300 from Linebarger Goggan Blair & Sampson, a Texas company who does business with New York State, after he owed about $68.

"We're asking the court to find that that fee is just excessive," Heller said. "A $50 fine on a $1 toll is excessive. We're also asking the court to make the Thruway Authority implement a system to dispute the imposition of this fine so that if they do get caught up in this system, they can say they didn't get the bill or maybe there's another reason why they shouldn't have to pay the fine."

"Make sure your address is up to date," Christensen said while Driscoll said bill notices are given out in intervals of 30 days, 60 days, and 100 days.

"Some issues have been noted where some will suggest they haven't gotten their bill in the mail for whatever reason," Driscoll said. "But they do get that violation notice. We know people are getting mail in many cases and we urge people to act on that quickly. If you get that bill within 30 days, pay it right away and it removes all the issues you may experience."

"The problems with this system run deep," Heller said. "There's a huge backlog of unprocessed tolls. The New York Thruway Authority knows its contractor, Conduent (Local Solutions, Inc.), has had problems not only in this state but in other states. There's a deep-seeded problem with the system."

Heller has low expectations for the cashless tolling system once its implemented statewide by the end of next year.

No future outreach dates have been announced, though a spokesperson for the Thruway Authority said there will likely be more as cashless tolling expands.