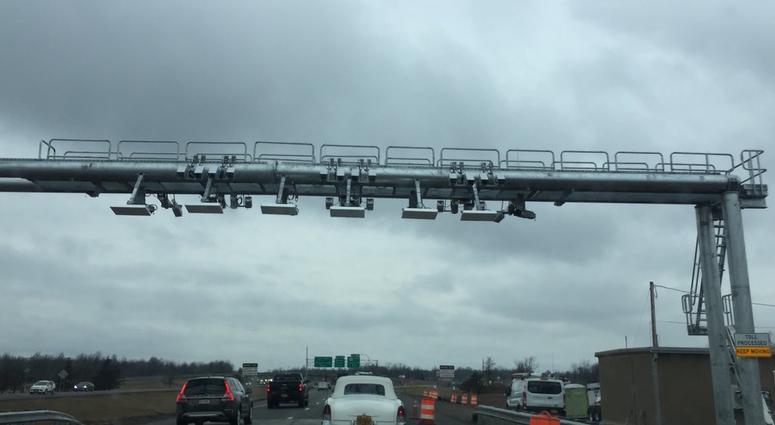 Albany, N.Y. (WBEN) - Governor Andrew Cuomo today announced the New York State Thruway Authority Board of Directors approved the selection of the Design-Build team who will complete the installation of cashless tolling on the Thruway system-wide by the end of 2020. The $355.3 million investment will transform the Thruway system for the approximately 267 million motorists that travel the superhighway each year.

"New York State is making historic investments building a modern transportation network worthy of the 21st century and beyond," Governor Cuomo said. "By investing in technology like cashless tolling, we are creating a safer, greener and less congested Thruway system and ensuring our transportation infrastructure is capable of supporting New York's growing economy."

In his 2018 State of the State address, Governor Cuomo announced cashless tolling will be implemented on the entire NYS Thruway system by the end of 2020. Cashless tolling is already operational at the Thruway's fixed-price barriers in the lower Hudson Valley region and the Grand Island Bridges in Western New York.

In this final phase, crews with Cashless Tolling Constructors, LLC, will convert the Thruway's ticketed system to cashless tolling. The ticketed system consists of approximately 450 miles of roadway between exits 15 (Woodbury) and exit 61 (Ripley - PA Line) as well as exits B1 - B3 (Berkshire Spur). In 2018, more than 158 million vehicles traveled on the ticketed system, accounting for more than 6.2 billion miles traveled.

Thruway Authority Executive Director Matthew J. Driscoll said, "The Thruway Authority remains committed to investing in a transportation system that is safe, reliable and modern. When completed, the millions of people who travel the Thruway each day will benefit by never again having to stop at a toll booth which will ease congestion, enhance safety, and lower emissions from idling."

Construction is scheduled to begin across the Thruway system in late Summer/early Fall with the installation of gantries and cashless tolling equipment. When it is operational on the Thruway's ticketed system, motorists will drive seamlessly under gantries with state-of-the-art sensors and cameras that read E-ZPass tags and take license plate images so vehicles no longer have to stop to pay tolls.

Vehicles with E-ZPass tags are automatically charged and vehicles without E-ZPass tags will have their license plate image captured and a toll bill mailed to the registered owner. Customers who pay using Tolls By Mail will pay the same toll rate previously paid by cash customers, and E-ZPass customers with New York accounts will continue to receive a five percent discount.

As part of the Design Build project requirements, the switchover to cashless tolling will take place by the end of 2020 at 52 Thruway interchanges and toll barriers.

Following the switchover, the existing toll plazas and barriers will be removed in phases. During the construction phase, drivers will continue to travel through existing toll lanes at reduced speeds without stopping until the booths are removed and road reconfigurations are complete. Drivers must use caution around the toll plazas during this time, as it will be an active construction zone. The posted speed limit when traveling through the toll lanes will be 20 MPH.