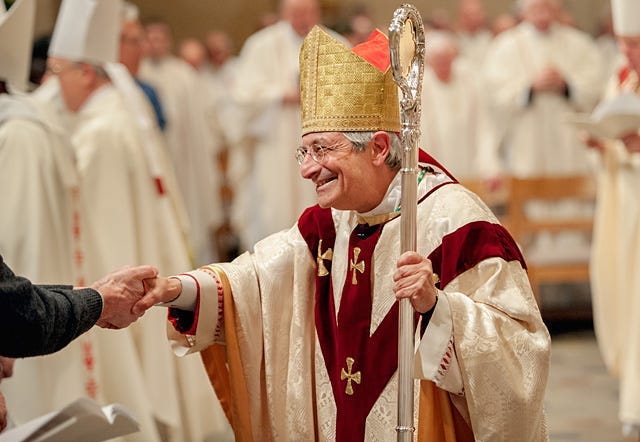 (WBEN) - The Catholic Diocese of Rochester has filed for Chapter 11 Bankruptcy.

By comparison, the Diocese of Buffalo was named in over 100 abuse claims under the Child Victims Act just a day after the "lookback window" opened.

According to the Rochester Democrat & Chronicle, Rochester’s Diocese becomes the 20th nationwide, to seek protection from creditors in bankruptcy court because of financial fallout from the Catholic Church’s decades-long child sexual abuse scandal.  The chapter 11 filing lists the Diocese as a tax-exempt entity and estimates it has fewer than 1,000 creditors. Estimates in the filing also state somewhere between $50 and 100 million in assets, with somewhere between $100 and 500 million in liabilities.

A New York law that went into effect last month gives victims of childhood sexual abuse one year to file lawsuits that had previously been barred because the allegations were too old. Hundreds of lawsuits have been filed against churches and other institutions since it took effect last month.

An attorney for a New York City law firm that has filed more than 30 claims on behalf of survivors against the diocese said the filing was not surprising.

"This legal tactic by the bishop is both disgusting at this point and disappointing because it's an attempt to take away the survivors' rights to a jury trial and also delay getting to the secrets that only the bishop and his top officials know about," said Mike Finnegan, of Jeff Anderson & Associates. "What it does is moves that back and makes it a lot harder to get to their secret documents that show what the bishops knew, when they knew it and what they've done with child sex abuse."

The petition for Chapter 11 reorganization would help the diocese sort out its finances, marshal funds to pay compensation to accusers and create a plan for the diocese to continue operating. It estimates the diocese's assets at between $50 and $100 million and its financial liabilities at between $100 and $500 million.

The filing estimates the number of creditors at between 200 and 999, and lists "various sex abuse claimants" among them.

Insurers have provided a large portion of the funds used in other diocesan bankruptcy settlements.