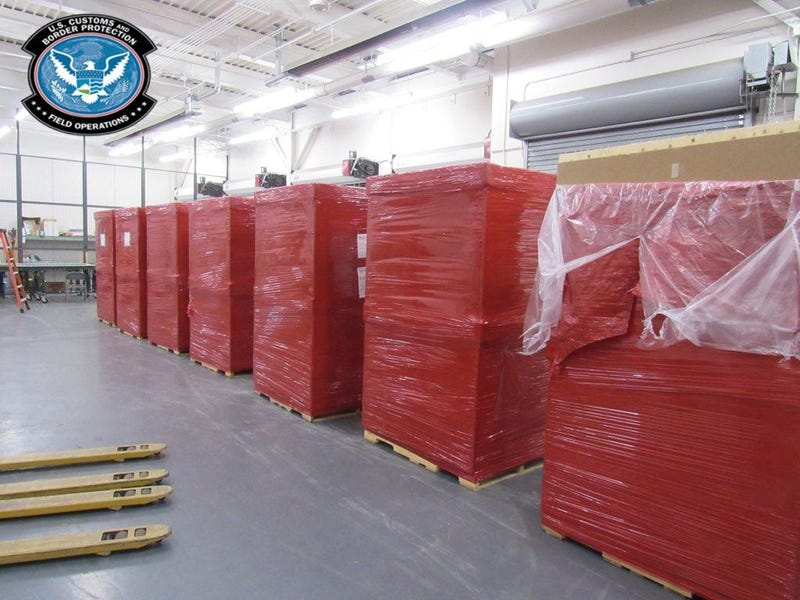 Buffalo, NY (WBEN) Customs and Border Protection agents say they seized nearly two tons of marijuana in a shipment at the Peace Bridge.

Agents say on Monday they selected a commercial shipment manifested as 7 skids of lighting, for further examination. Upon inspection of the shipment, 14 wooden pallet boxes were located. An internal inspection of the pallets revealed numerous cardboard boxes that had been filled with vacuum-sealed packages of marijuana. The marijuana was determined to be 3,836 lbs. with an estimated street value of more than $8 million dollars.

Port Director Jennifer De La O says she's extremely proud of the work of the frontline CBP Officers in the Port of Buffalo. “These CBP Officers have remained vigilant and engaged as travel restrictions at the border continue”, said Port Director De La O. “They have never let their guard down and their discovery of another large marijuana seizure exemplifies their dedication to the CBP mission.”