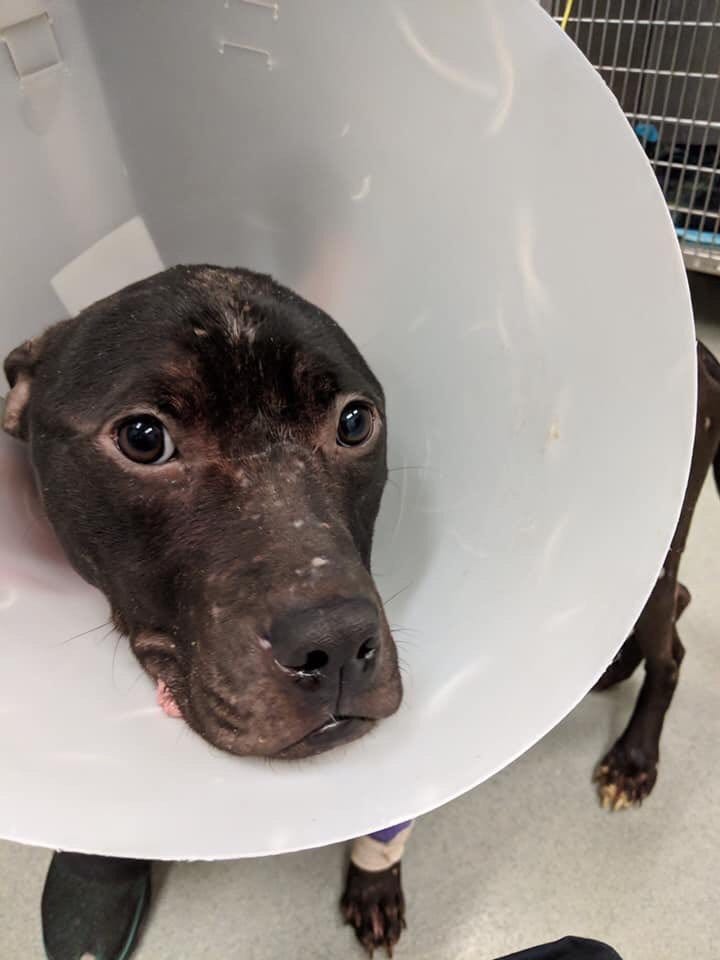 "This is ripping our hearts out", said the SPCA's Chief Communications Officer Gina Browning, during a lengthy and emotional news conference Saturday detailing the case that's caputured the hearts of Western New York and staff of the SPCA.

"Earlier this week we started noticing a behavioral shift in Charlie", said Browning. An evaluation was done and Charlie showed extremely risky behavior when another dog was present.

A second incident with an evaluation dog, a fake dog about the size of Charlie, resulted in offensively aggressive behavior. "This is consistent with behavior associated with dog fighting.

Browning said Charlie was brought back to the ICU and he was doubly secured in a steel cage with a large metal bracket. Friday night he managed to chew through the bracket as well as the regular fastener on the cage.  He extracted himself from the cage. "As Charlie became increasingly agitated, he became increasingly destructive. Our staff, watching through a window, decided it was not safe to approach Charlie at that time".

SPCA officials said if another dog were to come in like Charlie, they would not do a single thing differently.

"This is never a decision that is taken lightly," said Chief Veterinary Dr Helene Chevalier.  "At the end of the day, we love them but sometimes we have to let them go.  The end result is to get him adopted, he can't live at a hospital. But he has to be safe for himself and safe for the community,"

Charlie brought an outpouring of affection from thousands of people, not just from Western New York, but from around the world.  "He came in with a spirit of survival and brought out the best in people, and we will forever be thankful to Charlie," said Browning.