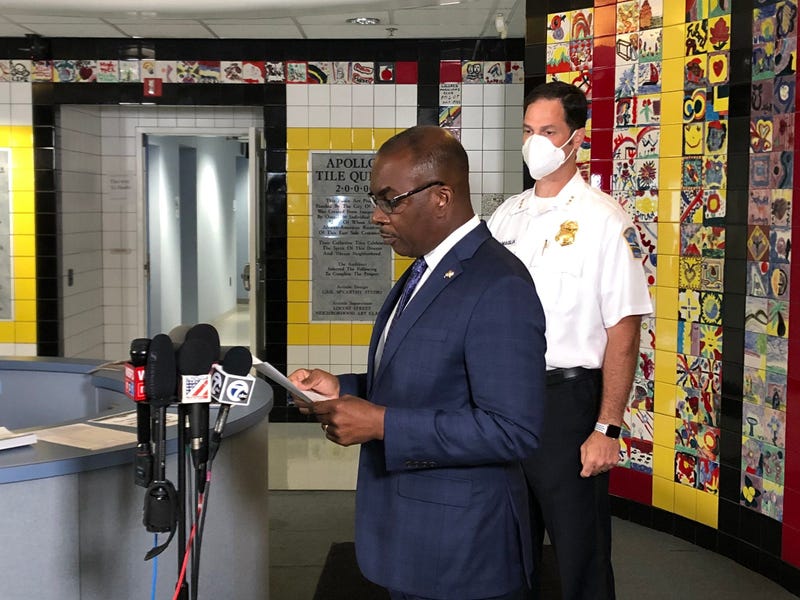 September 3, 2020 09/03/2020 3:09 am
BUFFALO (WBEN) - The Buffalo Police Department has been criticized by many as officers at Tuesday night's incident on Hertel covered their name tags, an action that goes against department policy.

Noteworthy: About a quarter of the responding @BPDAlerts officers, including the on duty lieutenant, aren’t wearing their name tags pic.twitter.com/dY8RYjaxKJ

"The policy is, when it comes to the uniform section of the manual procedures, that you must wear your name tag and that it must be displayed on your outermost garment," said Gramaglia. "It was brought to our attention (Tuesday) that some officers had name tags that were either covered up or obscured in some way, but that was addressed immediately through their respective chiefs."

Gramaglia says it's a minor policy violation, and at this time, none of the officers involved in Tuesday night's incident have been disciplined, as the investigation will take a little time.

Some of the group of protestors have now directed their attention to the BPD officers on scene after noticing some aren’t wearing their name tags. The rest have blocked the entire intersection of Hertel & Parkside Ave. pic.twitter.com/wOyTj95TNT

Regardless, Brown and Gramaglia both take severe exception to people using names to track down officers and make threats.

"It is also important to note that individuals who are looking up people's names, addresses, homes and where their families live, and calling in threats to people - that needs to stop," said Brown. "That cannot be considered in the interest of justice...unjust behavior is no substitute for fighting for justice."

"We've investigated on several occasions, and we've also partnered up with federal agencies because are involving multiple computers..." added Gramaglia. "We've brought the feds in, and we have investigated this, so we take this very seriously. If you start threatening officers' families and children, we absolutely will take that very aggressively and pursue it as far as we can."