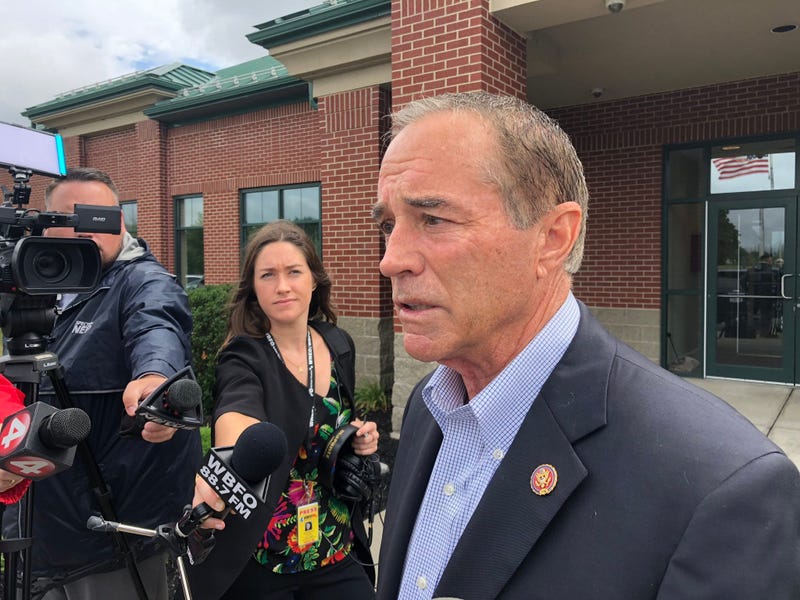 BUFFALO, N.Y. (WBEN) - Congressman Chris Collins is still undecided on a re-election run to the U.S. House of Representatives.

In a news conference on Tuesday, Collins said he added the  $500,000 of his own campaign funds so that he was prepared should he decide to run again for Congress.

"My campaigns will always be properly funded," Collins said. "...Some people are presuming for some reason that I have no interest in running or on a fundraising standpoint, I might not have the funds to compete. I'm squashing that thought once and for all as I do look forward into the next few months making a final decision on whether I'm going to run. Indications are I'm seriously considering it."

Collins continued his attacks on Jacobs, who has raised more than $750,000.

"He's a 'Never Trumper'," Collins said. "No one could ever say he's conservative. My comment about Chris Jacobs is that, at best, he's a democrat wearing a republican sport coat."

Jacobs responded by saying he voted for President Trump and supports his agenda.The website PolitiFact previously reported that there is no evidence that Jacobs is a "Never Trumper"

"I believe Chris Collins has done some good things for this district but he's not able to be effective any longer because of the situation he's in," Jacobs said.  "I believe the 27th congressional district who can use all his discretion and power to do everything they can do improve the 27th district. That's why I've decided to run."

Should Collins decline a run or if he's defeated in a primary, he said he will support any republican candidate. That even includes Jacobs.