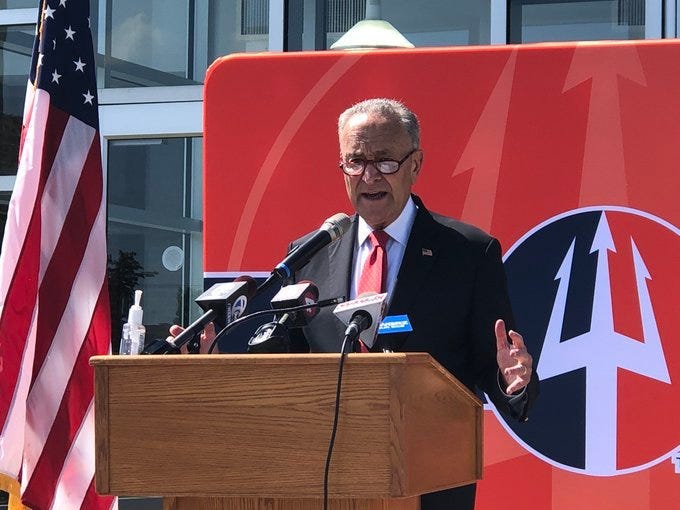 Senator Chuck Schumer said the democrats in the Senate are supportive of the House-passed legislation and he plans to add further spending to supply schools with personal protective equipment and technology in the event remote learning is needed.

Senate Majority Leader Mitch McConnell said he wants the next round of stimulus funding to include liability protections for employers. McConnell and the other republicans in Congress have most of the power in determining what will and won't be included.

In May, House democrats passed a $3 trillion coronavirus bill which was largely voted along party lines with the exception of one republican and more than a dozen democrats. The bill gives almost $1 trillion in aid to local governments, including $500 billion for state governments and $357 billion for local governments and counties. The bill also gives billions in hazard pay for employees and funding for coronavirus testing.

Congressman Brian Higgins was among those who voted for the $3 trillion bill but has called out other federal leaders for their lack of action. He railed on federal leadership and the perception of the United States to the world.

"The federal government failed you," Higgins said last week in Niagara Falls. "The federal govenrment and their response failed to protect the American people. I have been engaged in a process over the last several months to get reopened the US-Canadian border or to expand the category of those who were deemed to be essential travelers, those who own properties, businesses, and have families. The Canadian government is not going to allow their people to be exposed to Americans."

Higgins acknowledged the House bill was only a starting point and likely to be changed in the Senate. He also said the first bills were rushed because of the need to pass something quickly, even though there were loopholes.

"Let's learn from the mistakes we've made because we've made mistakes, without question," Higgins said. "Let's address those kinds of issues if it's unfair."