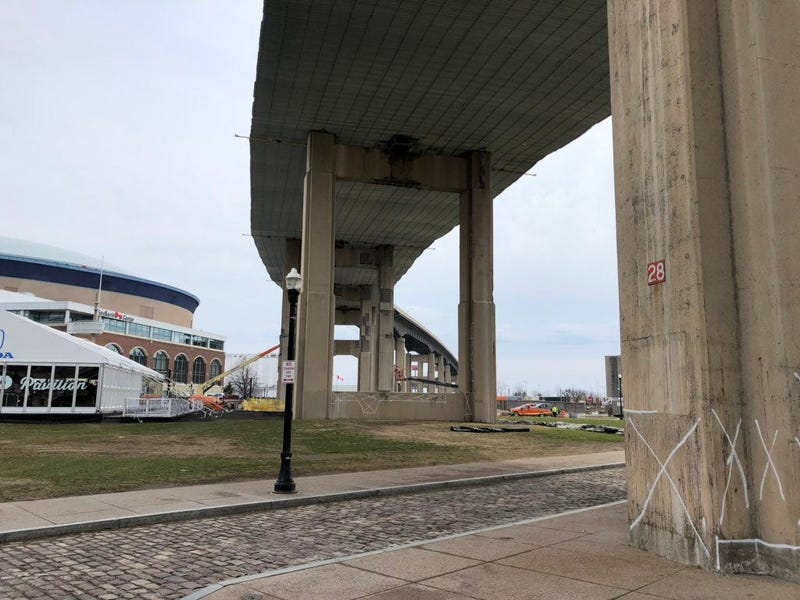 BUFFALO, N.Y. (WBEN) – Most people think that the two options for the Skyway’s future is to tear it down or leave it as is.

But could it be repurposed? In his visit to Buffalo on Wednesday, Governor Andrew Cuomo suggested that the Skyway could remain and be converted into The High Line in New York City.

The High Line is a 1.45 mile-long elevated greenway and rail trail in Manhattan’s West Side. For decades, it was an old rail system that delivered food in New York City but declined in the 60’s and 70’s because of the rise of trucking. According to their website, all traffic stopped by the 80’s and it was left vacant for decades with calls for its demolition.

In the mid 2000’s, a proposal was brought forward for The High Line to become a public park. In 2009, the first part of the public park opened. Today, it has a variety of public programs, community engagement, artwork, and performances.

In a visit to Canalside this week, we spoke with several Buffalo residents who shared mixed feelings on the topic of having something like The High Line at the Skyway. Suzanne Taylor of Buffalo said she likes the Skyway the way it is.

“I would be sad to see anything happen to it,” Taylor said.  “But if that became someone more people were utilizing as a bike path or greenway…it would be very interesting to see what they could do with that.”

Others we talked to said they don’t want any changes to the Skyway. One man worried that it might be too high for people and implied safety measures would need to be installed in the case someone tried to hurt themselves.

“I think it would be a really nice piece to go around the stadium and stuff,” the man said. “It would be a nice development down here on top of everything else going on.”