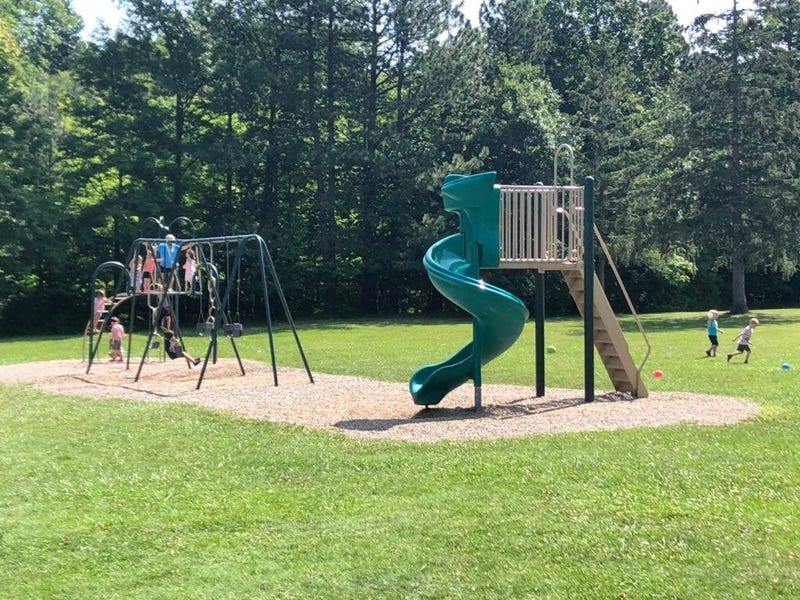 BUFFALO (WBEN - Brendan Keany) - On Thursday morning, the Erie County Legislature held a meeting to decide the best plan of attack regarding a recent report that showed elevated levels of lead in playground equipments at various county parks.

On July 24, Comptroller Stefan Mychajliw called on County Executive Mark Poloncarz to shut down all county playgrounds following results of his own testing plus an independent lab which showed high levels of lead in peeling paint on several pieces of equipment.

"I'm a father," Mychajliw said after releasing the report. "I have serious concerns about letting my own children play on slides or swings in Erie County Parks. The reason why we had sent these tests to an independent lab is because we were conducting the report just on the deteriorating conditions within Erie County Parks. Then we went a step further after finding fiscal mismanagement after finding disrepair of actually testing paint chips for lead."

However, Poloncarz refused to adhere to Mychajliw's request and said it would be ridiculous to close all playgrounds.

Erie County Health Commissioner Gale Burstein has noted that it would be extremely unlikely that anybody would be affected by lead at a playground, mostly because lead poisoning typically results from prolonged exposure, but she says that the day she was notified via letter from the comptroller's office that there was potential lead exposure at playgrounds in Erie County parks, she deployed the public health sanitarian to test various areas.

"So, from working with the health department and our deputy commissioners of parks in the parks, we've identified 66 items that have tested positive," said Commissioner of Parks Troy Schinzel. "We've identified and either removed swings if they're swing sets, so that they can't be used and operable, and we still caution-taped them off, or caution-taped off slides and other park apparatus that may be."

Now, the department will begin the process of removing potentially dangerous equipment.

"Until we get our staff safely trained and out there hopefully next week, we'll start removing some pieces," he said. "We'll encapsulate others, iconic pieces, that mean a lot to the community."

As for how they'll identify priority areas:

"It's probably going to be location-based," added Schinzel. "If there's areas around where a majority of people go...we'd rank that as the number one, obviously. If there's pieces in the woods or other secluded areas that are very rarely used, obviously that would rank lower."

Yet, he still took a shot at Poloncarz.