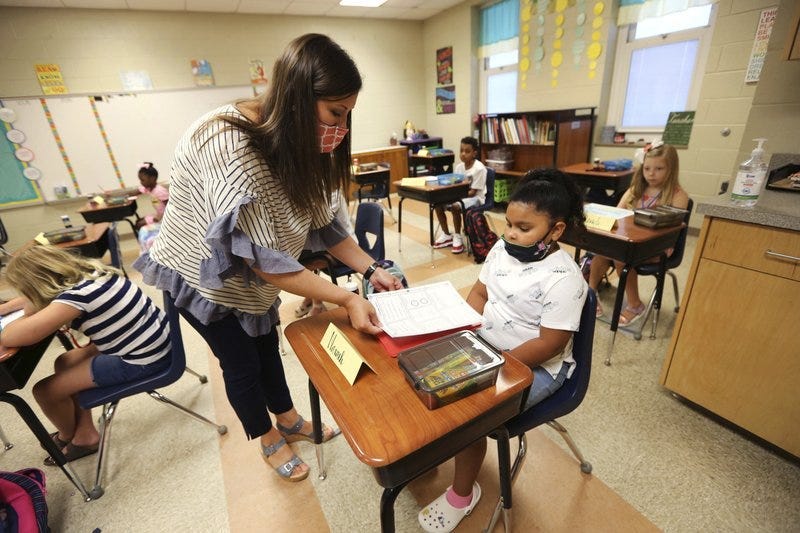 Buffalo, NY (WBEN) - As many as 1 in 7 New York school districts have yet to submit a plan to the state’s health agency for the opening of the new school year, Gov. Andrew Cuomo said Monday.

The governor said districts that don’t submit their plans by Friday cannot provide in-person learning this year. He said state health officials are reviewing plans and will work with district leaders on incomplete submissions.

“How you didn’t submit a plan is beyond me,” Cuomo said in a Monday conference call with reporters.

The following 10 school districts in Western New York have yet to submit:

Cuomo announced last week that infection rates are low enough to allow schools to offer at least some in-person learning this fall.

But his administration’s effort to provide guidance that is both flexible and clear for school districts has proved challenging, as some teachers and school leaders are calling for the state to set uniform policies on tricky issues including the protocol for handling children who test positive for COVID-19 and potentially shuttering schools.

Some school districts pushed back on the governor’s announcement Monday and said they had documentation showing they submitted both required reopening plans. Cuomo’s list of schools includes Locust Valley, but a school district spokeswoman said the district has submitted plans to New York.

“This has been frustrating for superintendents and their colleagues,” New York State Council of School Superintendents Spokesman Robert Lowry said. “And many of them feel that they’ve submitted those plans as required.”

But Cuomo senior advisor Rich Azzopardi defended the list of 107 schools as “accurate” and said it includes school districts that only filed education plans.

Schools shuttered by mid-March as the pandemic began to take the lives of tens of thousands of New Yorkers, but the percentages of hospitalizations and daily infections have since plunged. Around 1% of New Yorkers are testing positive for COVID-19 each day, including over 20,000 individuals statewide in July.

New York City’s education chancellor, Richard Carranza, said Monday that around three-quarters of students in the nation’s largest school district have chosen the option of going to class in person at least a few days a week; 26% opted for online learning only. He said about 15% of teachers in the district have asked to work only from home and not be physically present in the classroom.

School districts have until Aug. 21 to post their plans for remote learning, testing and tracing on the websites.

“You’re not going to dictate to parents that they have to send their children” to school, Cuomo said.

And Cuomo warned school officials in New York City and statewide that they have just three weeks to provide three to five public sessions with teachers and parents on reopening plans.

sports
Legendary story about Akiem Hicks drinking 40 beers resurfaces on 'Monday Night Football'
music
Lady Gaga rolls up in a Tesla to drop off her absentee ballot in style
music
This Whitney Houston classic is the latest to hit 1 billion views on YouTube
music
Ally Brooke on her new book and the parts of Fifth Harmony that made her 'uncomfortable'
music
RADIO.COM's Friday Night Takeover with Jon Pardi
news
Taco Bell announces the return of fan favorite Cheddar Chalupa