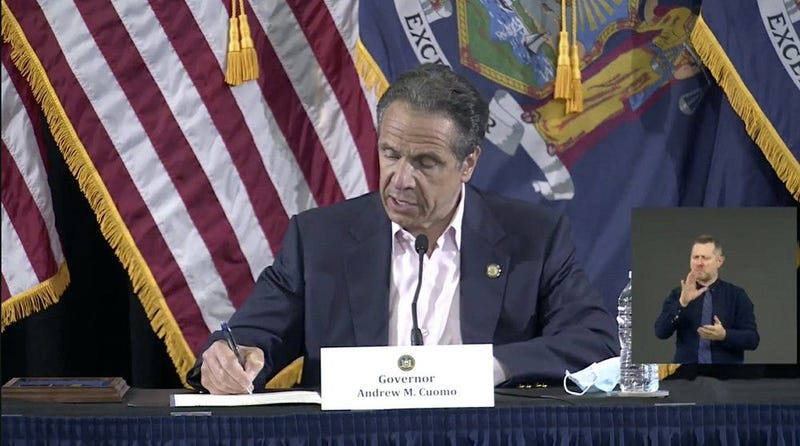 New York, NY (WBEN) Time is ticking away as a new school year draws closer for hundreds of school districts across New York State.  How will reopening 'look'?  What will the state allow?

Students, parents and teachers should get some clarity this week.

New York Governor Andrew Cuomo says he will decide this week how and whether school districts will reopen.

"I want to be clear: We have 700 school districts in this state. The districts are putting in plans for how they will handle the reopening. I'll make a determination later this week on the infection rate whether or not we're going to reopen schools. But, just because a district puts out a plan, doesn't mean that if we reopen the school, parents are going to come or teachers are going to come. It's not, "Well the government said the schools are open - now everybody must go." It's not going to happen that way. I'm talking to parents - I am telling you it is not going to happen that way. They are not going to trust the school district. This is an issue of public health," Cuomo says.

Cuomo says the district doesn't have the final say.

"Just because the school district says, "You shouldn't worry about your child's public health," that's not going to be enough. Not in this environment. Not when you're dealing with situations that everybody knows that nobody has the facts. Parents are going to want to understand the information for themselves. I'll tell you what they're asking me, I'll tell you what they're going to ask every school district. "How are you going to test? How many tests are you going to take? Are you sure you have them lined up? Are you sure those are enough tests? Is it a representative sample? How long is it going to take to turn around the tests - is it two days, four days, seven days?" They're informed, parents. They're the most informed people on this issue probably in the country. They've lived through it. They're going to have questions. This is not going to be the school district puts out a plan and then by fiat, by dictatorship, that is the plan," adds Cuomo.