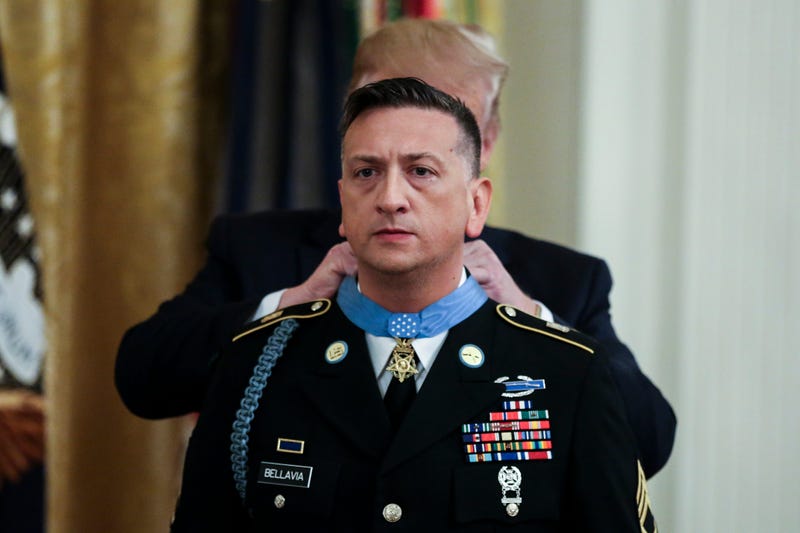 (WBEN) - In the week since David Bellavia was presented the Medal of Honor, he has been put on a whirlwind tour in New York City.

It turns out it's not over yet.

"We're going to be doing a bunch of local media," Bellavia told WBEN. "We're going to ring the bell at the New York Stock Exchange tomorrow morning, and throw out the first pitch at the Yankees - Mets game."

"It's a little awkward because the Mets have been so kind, and it's their home game, but I am a Yankees fan. I don't know how that's going to work out."

Has he been practicing for the first pitch?

"No... I figure it's like a grenade. You toss it one time and hopefully it works."