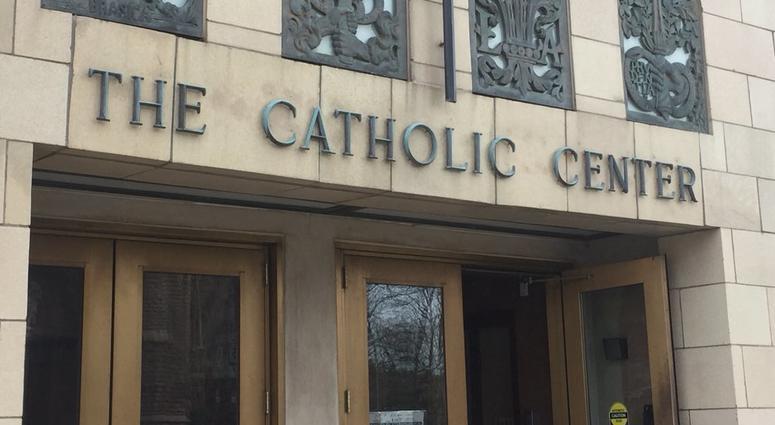 Buffalo, NY (WBEN) The Buffalo Catholic Diocese is disputing a report of a coverup involving an active member of ministry.

In a statement the diocese cites recent media reports as saying Bishop Richard Malone has engaged in a “cover-up” and “done absolutely nothing” in response to allegations of inappropriate conduct on the part of Fr. Jeffrey Nowak. The diocese says "that can be nothing further from the truth."

The diocese announced in May that an inquiry was being conducted regarding the allegations, and its statement says several items need to be taken into consideration:

 The diocese has received no complaints from any child or relative of a child alleging that the child had been abused by Fr. Nowak. The rumors about a “boys bathroom incident” appear to have grown from an incident involving a threat that was written by a student inside a bathroom at St. John Vianney School several years ago. The incident was promptly reported to Orchard Park police. Although the Office of Professional Responsibility is still inquiring into the incident, so far all the people with first-hand knowledge of the facts have confirmed that Fr. Nowak did not engage in any abuse but instead was himself trying to determine who wrote the threatening language. The diocese has never received any allegation that Fr. Nowak ever engaged in sexual contact with anyone, including any adult. The diocese has received allegations that Fr. Nowak engaged in other inappropriate behavior and made inappropriate comments. The diocese has been investigating those allegations and has conducted numerous interviews of several different individuals. The diocese has received contradictory information and is still investigating and assessing the complaints, including the serious claim of violating the sacred seal of the confessional. The Diocese is consulting with a canonical expert from outside the diocese on this matter. Earlier this summer, Fr. Nowak was directed to undergo a behavioral assessment to help determine the future of his ministry. While that assessment is being conducted and the investigation continues, he has been temporarily removed from ministry. This removal does not imply any determination as to the truth or falsity of the allegations. Fr. Nowak will not be able to exercise public ministry, meaning he cannot celebrate sacraments, including the Eucharist and the Sacrament of Reconciliation, or wear priestly attire.