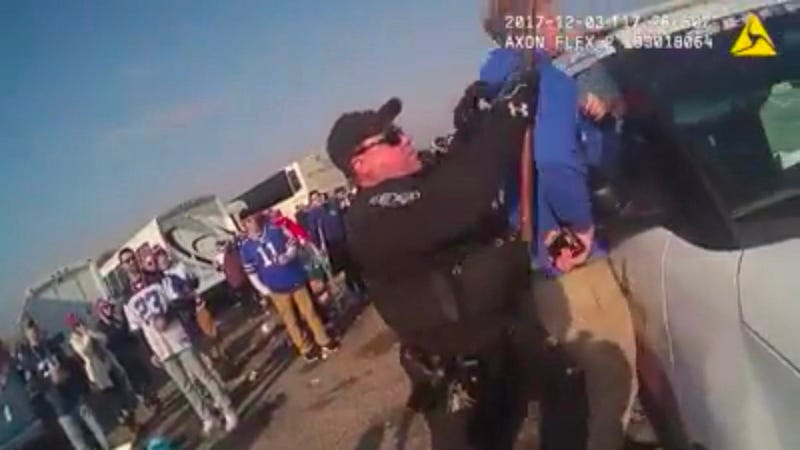 According to the probation report, it was recommended that Achtyl be punished with the community service plus anger management. Flynn had no problems of a jail sentence for Achtyl but acknowledged it was unlikely that he would have received jail time and didn't want to grandstand in front of the judge.

"We knew going into this thing he wasn't going to get jail," Flynn said. "...At the end of the day, I would have liked to see probation. That would have been the middle ground."

Achtyl was convicted in September of reckless assault, official misconduct, and falsifying records. In December 2017, Achtyl wrongfully arrested Nicholas Belsito at a Buffalo Bills tailgate. He broke Belsito's nose and gave him a concussion during the arrest, which happened after Belsito swore at the officer for constantly telling him to "beat it".

Flynn took issue with comments made in court that it was a 30-second lapse in judgement for Achtyl, saying that a significant amount of time passed between the arrest of Belsito and the falsified paperwork.

"(He) covered up his arrest of Belsito and lied on that form and committed the crime of falsifying an official document," Flynn said. "That was not done in that 30-second adrenaline rush and that moment of judgement lapse. That was done at a later period when the adrenaline was down and the dust had settled."