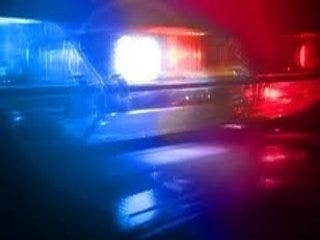 Police say 30 year old Erin Kuntz of East Aurora, was driving west when she drove off the road, struck a pickup truck and then struck the young girl.  "We received multiple 911 calls," said East Aurora Police Lt. Patrick Welch. "In the area of 910 East Main Street. Our units responded and discovered that a 2001 Toyota Avalon had left the roadway and struck a parked truck and continued up the sidewalk on the north side of Main Street and struck a 9 year old Cheektowaga girl on a scooter on the sidewalk."

The unidentified girl was taken by ambulance to Oishei Children's Hospital with serious injuries.  "As of this morning she was listed in critical but stable condition," said Lt. Welch.

Kuntz was charged with vehicular assault, driving while intoxicated, unlawful possession of marijuana, driving a motor vehicle on a sidewalk, failure to use a designated lane, as well as refusing to take a breathalyzer.

She was arraigned in Aurora Town Court early Monday morning and released on her own recognizance.   Her next court date is set for early August but may be moved to later this week.

DA Flynn said this hour that he’s looking to bring back Erin Kuntz to East Aurora Town Court this Wednesday so that her license can be taken away. Kuntz allegedly struck a nine-year-old girl with her car last night while drunk and didn’t have it taken away while I’m court today. pic.twitter.com/PxJCpX4bfn