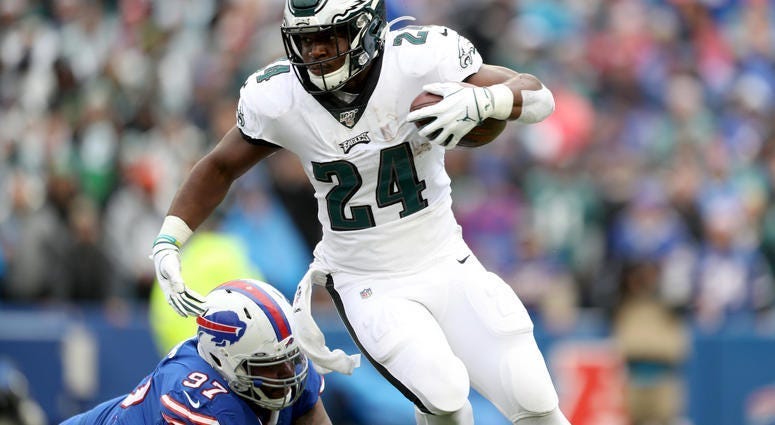 Orchard Park, NY (WBEN) On a day when the elements dictated to run the ball, the Buffalo Bills were unable to do so, the Philadelphia Eagles were and as a result they came out on top 31-13 at New Era Field Sunday.

Winds were gusting 45 to 5o miles an hour and so running he ball was key, the Eagles opened the scoring with a 37 yard field goal from Jake Elliott. Buffalo was able to answer with a short pass from Josh Allen to Cole Beasley which gave the Bills a 7-3 lead.

In the fourth quarter, the Bills could not get things rolling on offense, unable to cash in on a fumble recovery, turning the ball over on downs after six plays. A short time later, Philadelphia then delivered the knockout blow with an 80 yard scoring drive that took eight minutes off the clock and gave them a 31-13 lead. In all, the Eagles outrushed the Bills 218 to 98. The winds limited the passing as Allen finished with 16 of 34 for 169 yards and two scores while Wentz completed 17 of 24 for 172 and one score.

The game was played with winds gusting from the west at 20 mph and in a persistent drizzle.

Philadelphia's Cameron Johnston's two punts into the wind in the first half went 44 and 41 yards.

Bills running back Frank Gore became the NFL's fifth player to reach the career 19,000 yards from scrimmage plateau. The 15-year veteran hit the number on the button with an 8-yard rush just before the two-minute warning of the second quarter.

Gore, who finished with 34 yards rushing, entered the game with 18,980 yards from scrimmage, and 174 yards shy of matching Marshall Faulk for fourth on the list.

Eagles: Sanders left the game in the third quarter. He said he expects to play next week.