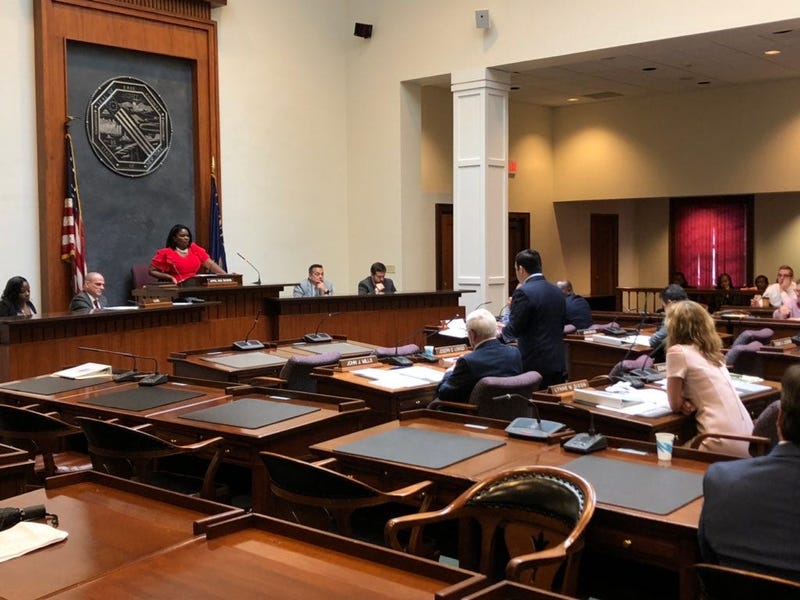 BUFFALO (WBEN - Brendan Keany) - On Thursday afternoon, the Erie County Legislature unanimously passed a law that will create a Corrections Specialist Advisory Board, which will be tasked with providing more oversight for the sheriff's office.

The law "will establish a board of specialists and professionals made up of residents from the community who will have an opportunity to provide additional oversight recommendations to the legislature on the ongoings in the office of the sheriff," said Legislator April Baskin.

In 2010, when the Department of Justice came in to sue Erie County and the sheriff's office due to malpractice, the legislature at that time created an advisory board, but it fell defunct. Baskin felt the board needed to be re-impaneled, but not as a resolution or something that's voluntary depending on who has the majority in the legislature, but as a permanent local law.

The legislation states that there will be 11 panel members who will serve three-year terms, and those on the panel will be appointed by various local agencies and county government officials, so that representation on the board will be diverse and more evenly distributed.

She explained why she felt this panel needed to be brought back into existence.

"In the last few years, the office of the sheriff has come under lots of scrutiny for malpractice," Baskin began. "We've had federal oversight of our local jails; we've had federal lawsuits of our local jails, which taxpayers have had to pay for. In my tenure in the legislator, in just one year, I've seen two state reports produced that have stated malpractice and a homicide at our local jails. It's important that the legislature, being the oversight body, do everything within its power to make sure that our jail management system is operating functionally."

"They will be able to add an additional eye, the additional eye that perhaps the legislature is not providing right now," she said. "We'll have more support, and it will come from an independent body of residents and taxpayers who oftentimes find themselves the ones falling victim to paying the lawsuits that come out of malpractice of the jail management system."