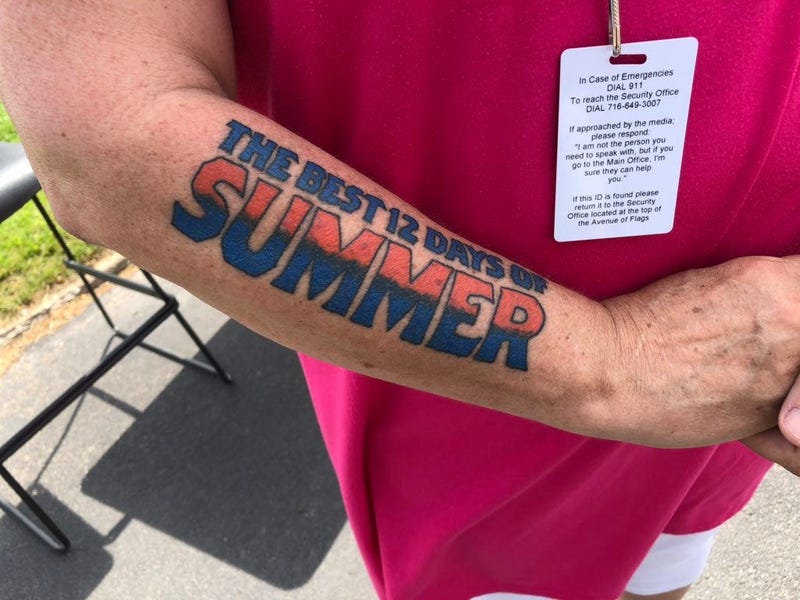 Hamburg, N.Y. (WBEN) - The 12-day run of the Erie County Fair has closed for its 180th run and an all-time attendance record for the fair was shattered as final attendance was 1,238,456.

The previous attendance record from 2014 was the year that daredevil Nik Wallenda walked across the fairgrounds on a tightrope.

Biniasz also credits great weather this year and the midway  "Another record that was broken was our midway gross.  This was a record year for the James E. Strates Shows.  I credit the Strates family for bringing in a lot of new rides, a new layout of the midway and the return of the Double Skywheel," said Biniasz.

If you think Fair officials are taking some much deserved time off, think again. "We started brainstorming already this morning," said Biniasz.  "Our staff gets together for the 'hash-out' and look at the good, bad and ugly.  We start putting ideas in place in September and by Novermber we have a pretty good direction on what the 181st Fair will look like."

Meanwhile the New York State Fair is about to start its 13-day run to wrap up summer.

There are some new additions to classic attractions like the butter sculpture, racing pigs and Cornell barbecue chicken. On Sunday the 25th, a full day of "Christmas in August" events are planned at the Expo Center including a visit from Santa.

New food choices are coming to the Pizza Emporium -- including "Chicken and Waffle Pizza" and a "Spicy PB&J Bacon Dog."

New trackless trains with bubble-blowing smokestacks will make it easier to get around the fairgrounds. There are also free trams and an overhead Skyliner ride.

The fair runs from Wednesday through Sept. 2. More than a million people attended the fair last year.