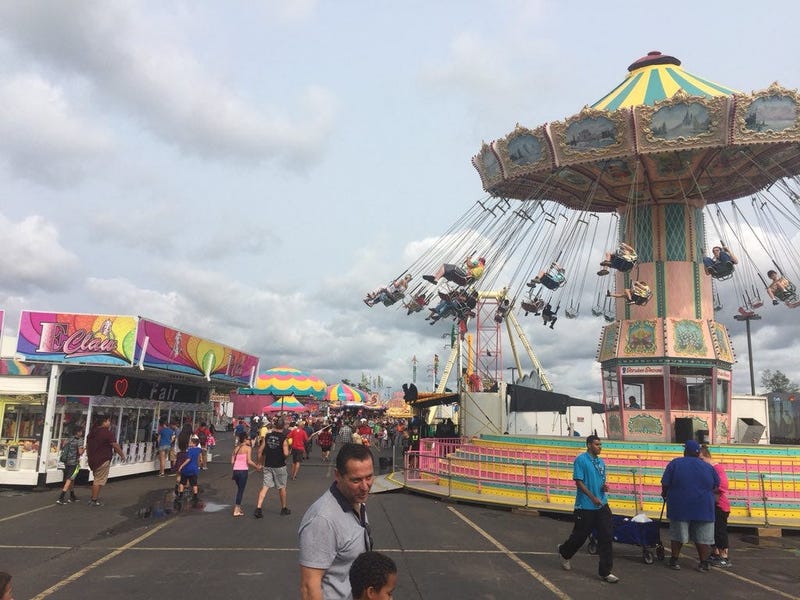 HAMBURG, N.Y. (WBEN) – The decision for organizers of the Erie County Fair to halt this year’s “12 Best Days of Summer” was not one that was taken lightly.

“It was tough,” an emotional Jessica Underberg, CEO of the Erie County Agricultural Society, told reporters on Thursday. “It was tough. This isn’t just a job. This is our passion. It’s tough.”

This year’s Erie County Fair was postponed due to the continued uncertainty with the coronavirus pandemic. Underberg said they could not continue with the fair that was scheduled in August because of the public health risk and for financial reasons.

“All of those factors come into play,” she said. “There is a point in time where you say ‘This needs to happen or we need to know an answer now’ because of the trickle-down effect from that.”

This year’s Erie County Fair has been postponed. Officials are using that word instead of canceled for contractual reasons.Their finances will take a massive hit but they had to postpone because of the uncertainty and because they couldn’t rely on guessing. pic.twitter.com/b2qjDFcgXq

One case she mentioned was involving Strates Shows, the Florida-based carnival group that brings rides, games, and some food options to the fair. The fairs that Strates Shows planned to work before and after the Erie County Fair both postponed, meaning it would not have made sense financially for them to trek up to Hamburg without other stops along the way to make money.

Underberg also assumed attendance would be down because of social distancing guidelines and the additional need to acquire personal protective equipment.

For now, Underberg and others will be contacting their current vendors and partners to process some refunds, but she said they have no idea what the future holds.

One of the marquee events for the Erie County Fair is the annual 4-H shows. Underberg said they are committed to have some sort of event for the kids who participate in the showings, even if it’s virtual.

“The virtual options are great,” she said. “It gives the kids the opportunity, but nothing replaces stepping into that showing with that 1,200 pound steer.”

She said there may be a 4-H event that is closed to the public.

Organizers are used to complications for planning a fair. It was only two years ago that a tornado swept through the fairgrounds, causing significant damage just weeks before the fair.

Underberg said that this situation was different.

“We kind of said #ECFairStrong,” she said. “We’ve had a tornado 20 days before the fair. We’ve closed for World Wars. The difference between those things and this is that when that tornado was over, we looked around and said ‘Holy Cats. Alright, let’s go’. When the war was over, it was done. The problem is that we don’t know when this is done. We can’t see it. We can’t feel it. We can’t touch it. We don’t know when it’s over.”

The Niagara County Fair is the only event that is still scheduled to take place locally. Underberg said she would be surprised if the New York State Fair took place.

Refunds for the 12-day passes that went on sale in August can be made by mailing the passes back to 5600 McKinley Parkway in Hamburg. Underberg said they only need a return address and a mail will be sent back.